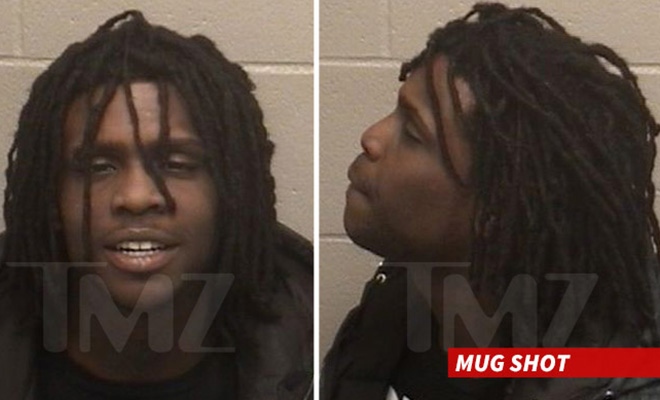 Rehab was a complete waste of time for Chief Keef, because according to a report from TMZ, he learned absolutely NOTHING!

Less than two weeks after being released from rehab, the “F*ck Rehab” rapper (how appropriate) was arrested for DUI on March 5th.

Cops pulled Keef over in Highland, IL for having expired tags on his 2010 Jeep Cherokee.

When officers approached the vehicle, we’re told it reeked of pot and, according to our sources, Keef openly admitted to smoking before driving.

We’re told police administered a field sobriety test and Keef choked. He was placed under arrest at the scene. In addition to DUI, Keef was also charged with driving on a suspended license and cited for having no proof of insurance.

We really just don’t get this guy! Going to jail every other week doesn’t make you look hard or gangster. It makes you look like a dumbass f*cktard! Like this “Fuck Rehab” video: