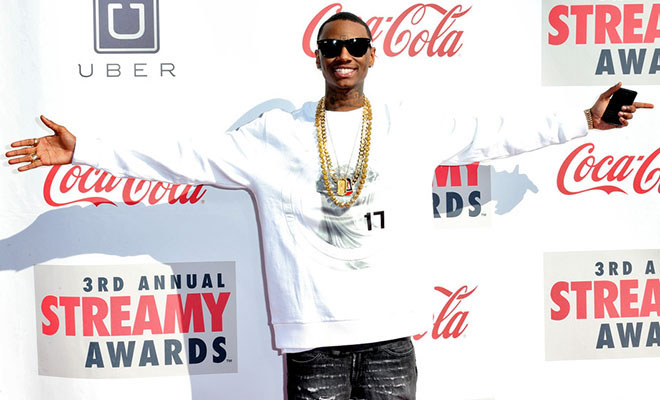 Rapper Soulja Boy Tell ‘Em was arrested Wednesday morning in the San Fernando Valley of Los Angeles after cops found him in possession of a loaded gun.

According to reports, the struggling rapper was the passenger of a vehicle that was pulled over for running a stop sign. During the stop, cops noticed Soulja was packin’ heat and arrested him right on the spot.

Soulja Boy (real name: Deandre Way) was booked on a felony charge and his bail was set at $35K.

As for the driver of the car, Soulja’s longtime friend “Arab” (real name: Abrahim Mustafa), he was booked for driving without a license, according to the L.A. Times.

This isn’t Soulja Boy’s first brush with the law. In 2011, he was arrested on felony drug and weapons charges after a traffic stop in Georgia.

We don’t know who told Soulja Boy he was “goon of the year” … but hey, who really cares anyway?