GOSSIPONTHIS.COM LOL Was This News Reporter Fired for Saying He Would “F*ck” Missing Woman... 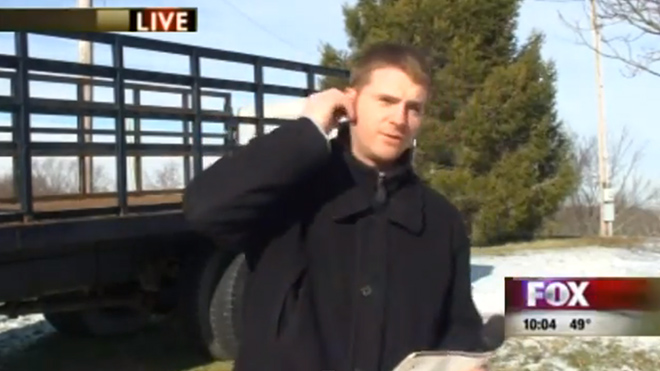 A hilariously awful news blooper popped up on the Internet over the weekend purportedly showing a local Fox News reporter who was fired for saying some pretty terrible things about a woman who went missing in Nevada on Friday (Jan 3).

In the extremely NSFW clip (WATCH ABOVE), the reporter guy, apparently unaware that his mic is turned on and he is live on the air, says:

The clip has gone viral on Fark (via YouTube) LiveLeak, WorldStarHipHop and other popular “sharing” sites, and while some of the sites posting the clip have information about the missing woman, who was reportedly found later on the same day she went missing, none had any info. about the so-called “reporter” who had been “fired” from his “job.”

That’s because there was no reporter who was fired from their job. The whole thing is FAKE.