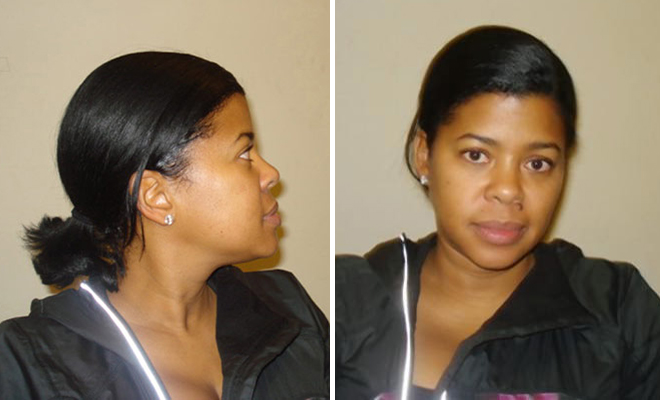 You can take the girl out the hood, but you can’t take the hood of the girl!

VH1 reality star Chrissy Lampkin was arrested early Sunday morning for beating the hell out of a girl at a New Jersey bar.

According to TMZ, Lampkin, who stars alongside her rapper fiance Jim Jones on “Chrissy & Mr. Jones,” was taken into police custody at around 2:30 a.m. for aggravated assault and disorderly conduct.

The fight allegedly started after the woman Chrissy jumped on sat on the sofa she was sitting on and accidentally bumped into someone. It was so bad that the victim reportedly required several stitches above her eye.

Jim Jones came to Chrissy’s rescue after her arrest and bailed her out a few hours later.

These chicks better learn … Chrissy ain’t the one to be f*cked with!

Look below for visual evidence: