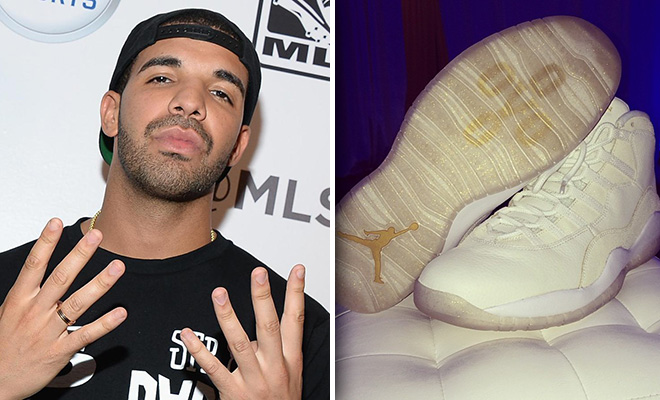 When Drake isn’t wining and dining Rihanna, releasing unwanted Aaliyah collaborations, and working on his figure in the gym…. the “OVO” rapper is making major business moves.

Last night at his “Would You Like A Tour?” concert in Portland — coincidentally where Nike’s headquarters are located — Drizzy announced that he has signed a shoe deal with Nike and Jordan:

“Growing up I’m sure we all idolized this guy. He goes by the name of Michael Jordan. So today I came to Portland, and I officially became inducted into the Team Jordan family.”

The news comes less than two months after Drake revealed his partnership with the Toronto Raptors. Funny how Drake gets a shoe deal after Kanye just pulled out of a deal with Nike over royalties.

Guess Drake was the next best thing?