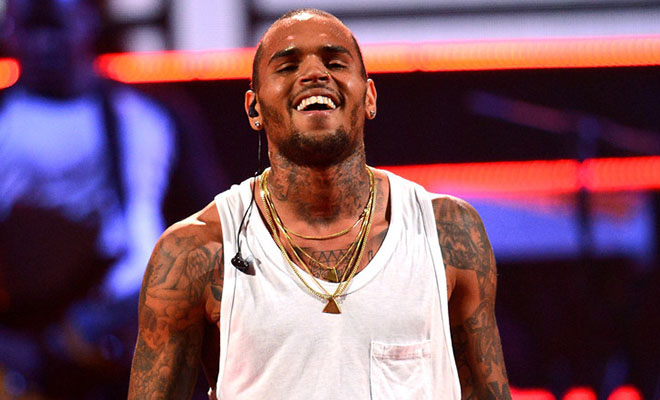 Over the weekend, Brown was arrested for felony assault in Washington D.C. after he allegedly attacked a man outside a hotel and broke his nose following an argument. There are, however, two conflicting sides to the story.

Chris’ people say the guy tried to get on his tour bus, Chris’ bodyguard stopped him from doing so and Chris didn’t punch anyone in the face.

But the guy says Chris punched him in the nose after he photobombed a picture the singer was taking with some girls, telling the man “I’m not down with that gay sh*t … I feel like boxing” before throwing the alleged punch.

According to police, the victim was treated for a “fractured nasal bone” after the incident on Sunday, which landed Chris behind bars overnight because he couldn’t see a judge until the following Monday.

Along with his bodyguard, Chris was released from jail Monday afternoon after pleading not guilty, and the judge reduced his assault charge from a felony to a misdemeanor because of the conflicting eyewitness accounts and the fact that the victim’s injuries were said to be minor.

Chris had originally been ordered to take a drug test too, but the judge canceled that order. He’s also required to stay at least 100 yards away from the victim.

Chris isn’t totally out of the woods yet though. Because he is still serving a five-year probation sentence for beating Rihanna in 2009, there is a possibility that the D.C. incident could result in his probation in California being revoked.

Before Brown’s arraignment, the L.A. County Probation Dept. had launched an investigation into his arrest to determine whether or not it violated his probation in the Rihanna case.

Sources familiar with the situation tell TMZ … Probation officials have been in contact with D.C. authorities. Probation investigators will conduct their own investigation, and determine if there’s good reason to believe Brown committed a crime when he allegedly punched a man in the nose Sunday morning.

The Probation Dept. will submit its report to the judge in the Rihanna case, who will decide if Brown’s probation should be revoked. Worst case scenario for Brown — 4 years in prison for a probation violation.