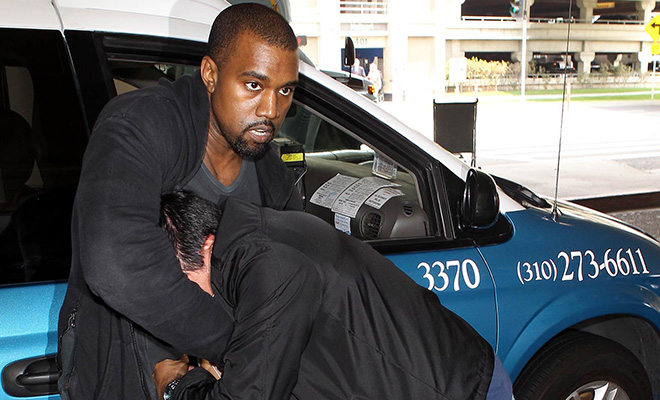 Kanye West now has another reason to hate the paparazzi, as the rapper could face up to a year in jail after being charged with misdemeanor criminal battery and attempted grand theft following his attack on a photographer at LAX airport in Los Angeles nearly two months ago.

According to TMZ, the paparazzo, Daniel Ramos, has filed a lawsuit and hired high-profile attorney Gloria Allred as his representative, claiming that the unprovoked attack from the rapper left him injured after he was punched and “knocked to the ground.”

On July 19th, as Kanye was on his way out of LAX airport, Ramos made the mistake of asking the rapper questions (after he had told all of the photogs “don’t talk to me”), and that’s when Kim Kardashian’s baby daddy went all of the way off on the pap, prompting the paramedics to be called to the scene.

Video footage obtained by TMZ shows West attempting to grab Ramos’ camera equipment before he dramatically falls to the ground.

West — who has had several run-ins with the paparazzi over the years — is scheduled to be arraigned in Los Angeles on October 10th.