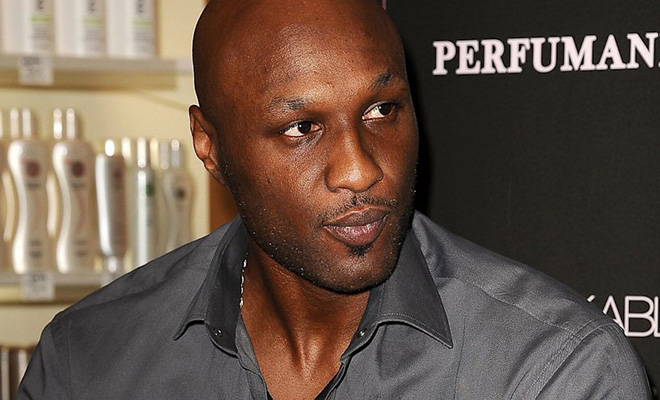 As if Lamar Odom‘s publicist (and life) didn’t have enough burden this week, now comes word that the basketball star has been arrested for a DUI. The arrest reportedly happened early Friday morning. Poor, poor Khloe.

The bust occurred in the San Fernando Valley at 3:54 AM.  Lamar — who was driving a white Mercedes SUV — was popped by the California Highway Patrol and taken to a nearby station, where he was booked and is being held on $15,000 bail.

He was pulled over on the 101 Freeway for going too slow — 50 MPH. Cops say Odom had been driving in a “serpentine manner.”

Lamar initially did not respond to cops, and drove 3 exits before finally coming to a stop.  Law enforcement sources tell TMZ he showed obvious signs of intoxication.

Law enforcement sources tell TMZ … officers at the scene smelled alcohol on Lamar and believe he was under the influence of both drugs and alcohol.  The sources say Lamar’s driving and conduct were consistent with drugs.  We’re told there were no drugs or alcohol found in Lamar’s car … only cigarettes, 2 bottles of cologne and other innocuous items.

According to the L.A. County Sheriff’s Dept., Odom was released from custody at 8:33 AM.  However, it’s unclear if Odom has actually left the station yet.

Is it bad that I’ve already assumed that Kris Jenner has ordered him to rehab while dually securing a pilot for order for the reality show about him getting his life together and saving his marriage to Khloe?

And I’m sure if those deals don’t work out, we can expect a single in the city-themed reality show for Khloe.

Snark aside, I hope he gets his life together. He has multiple kids.