On Monday, Barbara Walters announced on her show “The View” that she’ll be retiring from television in 2014. During the 83-year-old’s remarkable broadcast career, which began in 1976, she has interviewed numerous high profile figures. From political leaders to pop culture phenomenons, here’s a look back at five of her most controversial interviews.

In 2007, Barbara Walters became the first American to interview Hugo Chavez following his statement that President George W. Bush was “the devil.”

Walters asked Chavez about the poor opinion the U.S. has of him and why he called the American president, among many names, a “coward” a “donkey,” and a “murderer.”

Chavez (via a translator) asked if his name calling could possibly be more damaging than the actions undertaken by President Bush. He also called the President a “political corpse” and said that he would “never” invite him to Venezuela.

Surprisingly, she was able to get Chavez to open up about his personal life.

In 2011, Walters sat down with Syrian President Bashar al-Assad and remarkably, no topic was off-limits.

At the time, the leader had reportedly ordered a brutal crackdown against those that believed he should resign. During the interview, Walters showed footage of civilians being viciously gunned down, including children. Al-Assad pleaded ignorance to the killings, asking for “evidence,” which existed in the form of countless videos and photos taken by citizens.

When Walters brought this up, he claimed that those outside of Syria, couldn’t possibly know what has going on within the country’s borders. He also brushed off the UN’s report that accused him of “crimes against humanity.”

In 1977, Walters conducted the first American TV interview with Cuban President Fidel Castro. Remarkably, the five-hour interview was shown on Cuban TV, with only minor alterations.

The two sparred over issues such as Freedom of the press and 25 years later, they resumed their discussion about the Cuban media, much to Castro’s dismay. The interview became quite heated when they discussed the dismissal of The Varela Project in the country and whether or not socialism is an effective economic system.

In 1999, Walters conducted an emotional interview with Monica Lewinsky for “20/20.” Viewed by 74 million, it remains the most watched interviews in TV history.

The two addressed the questionable conduct of her lawyer Bill Ginsberg, her feelings towards Linda Tripp, the “blue dress” and the moment she “fell out of love” with Bill Clinton.

Walters also played footage of Clinton’s infamous denial that his relationship with Lewinsky was of a sexual nature. “I think he could have taken a higher road in his denial,” Lewinsky said.

Another 1977 milestone involving Walters included her interview with Egyptian President Anwar Sadat and Israeli Prime Minister Menachem Begin. Sadat was the first Arab leader to visit Israel officially and the journalist conducted an unprecedented discussion with the two leaders.

Unfortunately, the historic moment is nowhere to be found on the web but Walters told the fascinating story behind the interview for the “Archive of American Television.” 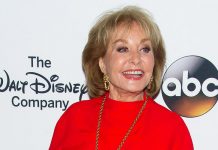 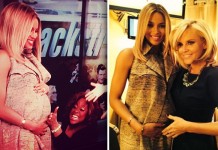