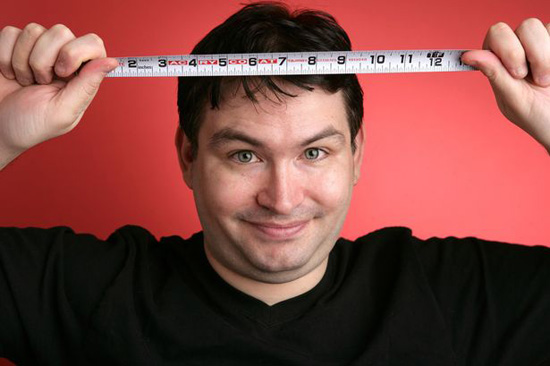 While it’s never fun to get caught in the spider-web of the TSA, it’s got to be considered one hell of a compliment when they confuse your magic stick with a deadly weapon.

41-year-old Jonah Falcon was trying to make his way through the airport on July 9th in San Francisco when TSA officers noticed a strange bulge in the middle-aged man’s pants.

What? They ain’t never seen a man with Big Willie Style?

After suspicion was…aroused (whoa!), Falcon was sent for an extensive hands-on screening. The investigating agent got a firm grip on Falcon’s manhood and even powdered him up, according to a report from the Huffington Post.

This is how the exchange went down:

“I said, ‘It’s my dick,'” Falcon said. “He gave me a pat down but made sure to go around [my penis] with his hands. They even put some powder on my pants, probably a test for explosives. I found it amusing.”

Falcon ultimately was not found to be carrying any loaded weapons on his person — well, aside from the flesh bazooka in his pants — and he made his flight back to New York on time. But given that his penis — considered the world’s biggest penis — measures 9 inches while flaccid and 13.5 inches when erect, you can’t really blame the TSA agent for thinking Jonah’s got a gun.

In order to avoid any such confusion in the future, Falcon joked that he’d wear bike shorts next time, so that way his package can easily be distinguished from a bomb threat.

Foolish him. That’s just gonna get him stopped by Customs, cause you know they’re gonna think he’s smuggling some serious salami in his shorts.