During an exclusive interview with ABC’s Robin Roberts Wednesday afternoon (May 9), President Barack Obama came out of nowhere and announced that he personally endorses the legalization of same-sex marriage.

“I have to tell you that over the course of several years as I have talked to friends and family and neighbors, when I think about members of my own staff who are in incredibly committed monogamous relationships, same-sex relationships, who are raising kids together … When I think about those soldiers or airmen or marines or sailors who are out there fighting on my behalf and yet feel constrained, even now that ‘don’t ask, don’t tell’ is gone, because they are not able to commit themselves in a marriage, at a certain point I’ve just concluded that for me personally it is important for me to go ahead and affirm that I think same-sex couples should be able to get married.“

The president also discussed how his young daughters Sasha and Malia, and the younger generation as a whole, played a role in forming his opinion:

“It’s interesting, some of this is also generational … You know when I go to college campuses, sometimes I talk to college Republicans who think that I have terrible policies on the economy, on foreign policy, but are very clear that when it comes to same-sex equality or, you know, sexual orientation, that they believe in equality. They are much more comfortable with it.

“Malia and Sasha, they have friends whose parents are same-sex couples. There have been times where Michelle and I have been sitting around the dinner table and we’re talking about their friends and their parents and Malia and Sasha, it wouldn’t dawn on them that somehow their friends’ parents would be treated differently. It doesn’t make sense to them and, frankly, that’s the kind of thing that prompts a change in perspective.”

President Obama also talked about how his wife, First Lady Michelle Obama, and his Christian faith were also instrumental in his opinion on the issue:

“And we are both practicing Christians and obviously this position may be considered to put us at odds with the views of others but, you know, when we think about our faith, the thing at root that we think about is, not only Christ sacrificing himself on our behalf, but it’s also the Golden Rule, treat others the way you would want to be treated.

As ABC writer Rick Klein notes, President Obama’s public support of gay marriage is a “complete turnabout,” as he has opposed marriage between same-sex couples throughout his career in politics.

In 1996, as a state Senate candidate, he indicated support for gay marriage in a questionnaire, but Obama aides later disavowed it and said it did not reflect the candidate’s position.

In 2004, as a candidate for the US Senate, he cited his own religion in framing his views: “I’m a Christian. I do believe that tradition and my religious beliefs say that marriage is something sanctified between a man and a woman.”

He maintained that position through his 2008 presidential campaign, and through his term as president, until today (May 9th 2012).

As president in 2010, Obama told ABC’s Jake Tapper that his feelings about gay marriage were “constantly evolving. I struggle with this.” A year later, the president told ABC’s George Stephanopoulos, “I’m still working on it.”

“I probably won’t make news right now, George,” Obama said in October 2011. “But I think that there’s no doubt that as I see friends, families, children of gay couples who are thriving, you know, that has an impact on how I think about these issues.”

What are your thoughts? Do you agree or disagree with President Obama’s public support of gay marriage … and do you think this will positively or negatively affect his re-election this November? 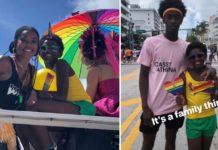