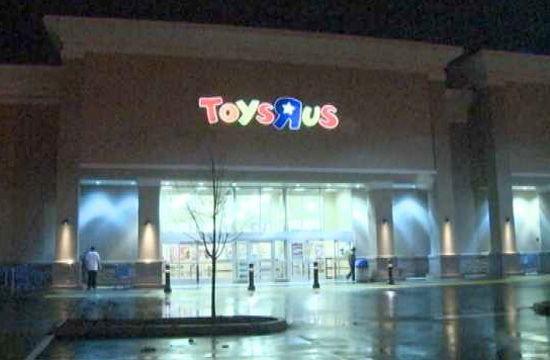 A man was arrested last week after cops say he used a “light-saber” to attack customers inside a Toys R Us store in Portland, Oregon.

By the time police arrived, they said 33-year-old David Canterbury had already assaulted 3 people with the toy sword, famously found in the “Star Wars” movies.

One officer attempted to calm the man down, but he kept swinging the lightsaber and yelling incoherent statements, police said.

The officers then tried to use a Taser on him, but the man managed to break the wires free using the lightsaber.

After the Taser attempts, police were able to tackle him and take him into custody.

The suspect, David Canterbury, was treated for injuries and taken to a hospital for a mental evaluation.

Canterbury was placed on a police hold at the hospital and given citations for three counts of fourth-degree assault, one count of third-degree theft, one count of resisting arrest and one count of interfering with a police officer.

Guess “the force” wasn’t with this insane individual! SDMH…