A first grader from Colorado was suspended from school for three days for sexual harassment after he sang the lyrics of LMFAO‘s hit single “Sexy And I Know It” to a female classmate.

6-year-old D’Avonte Meadows, a special needs student at an elementary school in Aurora, CO, reportedly told the female student, “I’m sexy and I know it” while the two were waiting in the lunch line.

“I could understand if he was fondling her, looking up her skirt, trying to look in her shirt. That, to me, is sexual harassment,” said Stephanie Meadows, D’Avonte’s mother. “I’m just, I’m floored. They’re going to look at him like he’s a pervert. And it’s like, that’s not fair to him.”

This isn’t D’Avonte’s first time getting in trouble for using the lyric. According to his mother, he was disciplined last month when he quoted the same line from the same song to the same girl, and “shook his booty” in the girl’s face.

Ms. Meadows says after the first incident, her son met with the school’s assistant principal, and he was told not to shake anything in the girl’s face again.

“I’m going to definitely have to sit with him and see if he understands exactly what the song means,” Meadows said.

“I think it’s kind of overwhelming. You know, sexual harassment on a 6-year-old?” Meadows said. “I don’t understand. You know, kids are kids.”

You can’t blame a 6-year-old. Blame LMFAO for their ridiculously infectious music.

On a show of hands, how many of you say (or think) “I’m Sexy And I Know It” at least once a week, and/or you can’t get the “Party Rock Anthem” beat of your head.

**Slowly raises hand, hoping everyone else does too** 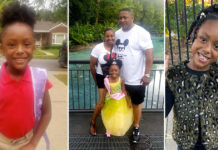 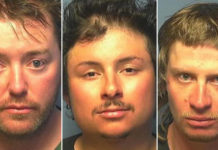