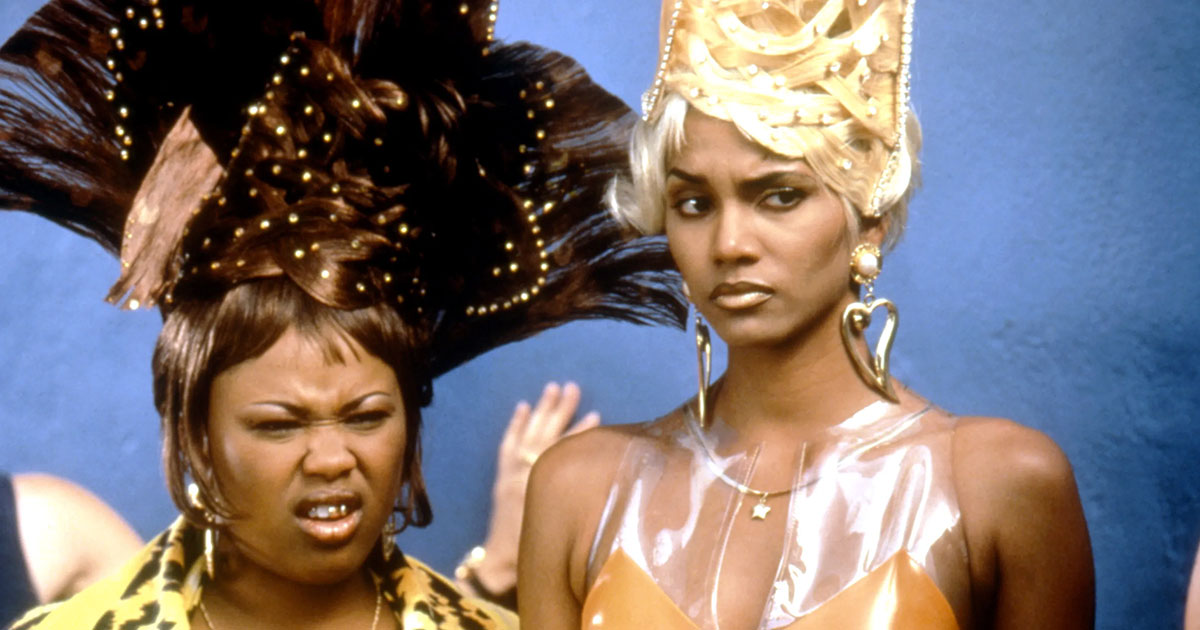 Halle Berry is mourning the death of her B*A*P*S co-star Natalie Desselle-Reid.

She also retweeted a post she’d tweeted last week (just days before Desselle-Reid passed) of them on the set of B*A*P*S back in 1996.

Halle then followed that post with an emotional tribute about her friend, saying that she’s still “processing” the “devastating news.”

“Natalie was one of the most precious people I’ve ever known,” wrote Berry, who said she met Desselle-Reid through actor and director Robert Townsend. Berry and Desselle-Reid both starred in the cult classic comedy B*A*P*S, which was directed by Townsend.

“The second I met her our hearts [were] intertwined — we had a connection that was simply unexplainable, and she stayed her same sweet self all the years I knew her,” Berry said of her co-star.

Continuing her post, Berry wrote that through her characters, Desselle-Reid taught “love, joy and humor,” adding that her friend “could never dim her light, and it was infectious.”

“With her I laughed harder than I’d ever laughed before,” Berry recalled. “She showed us it was ok to be goofy and funny while still being sincere and extraordinarily kind. She and I would hoot and holler over every BAPS tribute we came across, sending them back and forth to one another, overwhelmed that our on-screen friendship meant as much to you as it did to us. She was especially humbled by that, as am I.”

Berry went on: “Natalie represented actual black women, not what black women are perceived to be. For that she was often underrated, passed over — deprived of the platform she truly deserved. But her light continues to shine through the people who grew up watching her, the people who knew her best and those of us who loved her.”

“Above all, she was a daughter, wife, friend and mother; and my heart is with her entire family, especially with Leonard, Sereno, Summer and Sasha,” Berry concluded, referring to Desselle-Reid’s husband and children. “I’ll love you forever my sweet friend. ima miss you Nat Dog!”

Just absolutely decimated by this news…
Actress Natalie Desselle, a bright shining star passed away this morning. I got to know her when my mom was managing her.
She will be so missed…sending out prayers to her children and husband.
????
Rest In Peace, Sweet Girl?? pic.twitter.com/BsyltHxKRG

“It is with extremely heavy hearts that we share the loss of our beautiful Natalie this morning from colon cancer,” the post’s caption read. “She was a bright light in this world. A queen. An extraordinary mother and wife.

“Her diverse career touched so many and she will be loved forever. Naturally, we are grieving and processing this profound loss and we thank you in advance for respecting our privacy at this extremely difficult time.”

While the official statement didn’t reveal Natalie’s cause of death, TMZ reported that she passed following a private battle with colon cancer.

A family member said the actress was diagnosed with the disease earlier this year. They also said she was in hospice care in her final days and was surrounded by family when she passed.