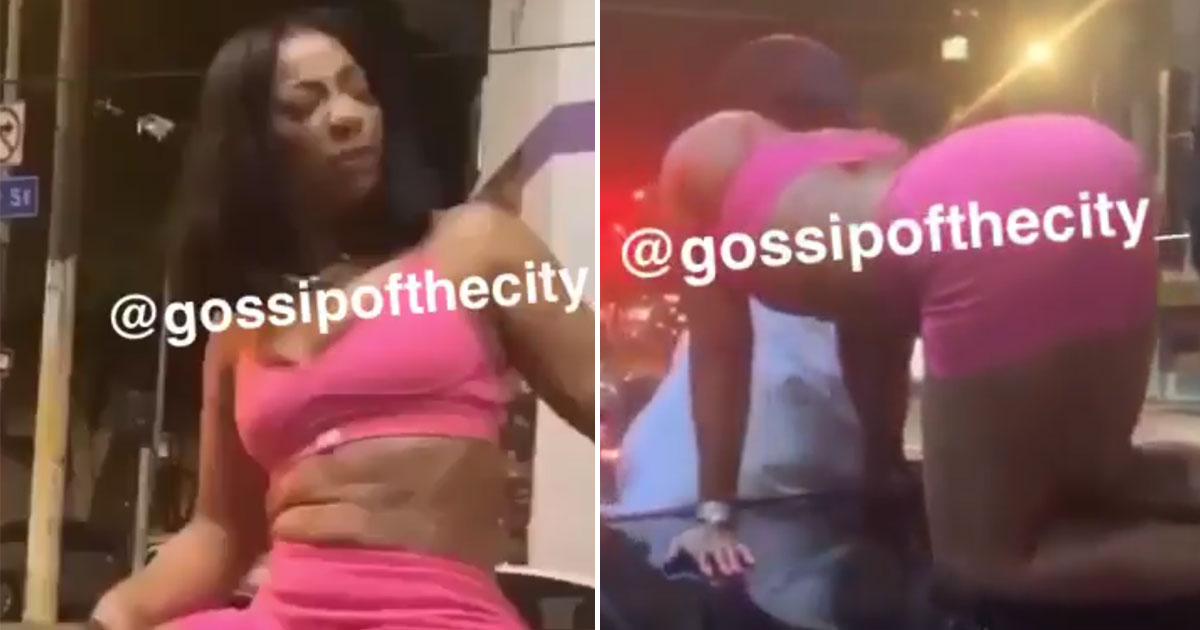 Tommie Lee is the definition of crazy and ghetto…

The former Love & Hip Hop Atlanta star, who is no stranger to run-ins with the law and has fifty eleven umpteen mugshots, was allegedly arrested recently for illegally twerking on a random man’s car.

In video footage of the incident, Tommie who clearly appears drunk and high out of her mind dances on the man’s car and then swings at him when he attempts to get her to stop.

Bystanders recorded Tommie on their cell phones as she demonstrated her ridiculous antics and continued to twerk on the car barefoot. Somebody get this child in rehab!

Just last month, Tommie went viral on social media when she revealed 50 Cent blocked her after she asked to be on Power.