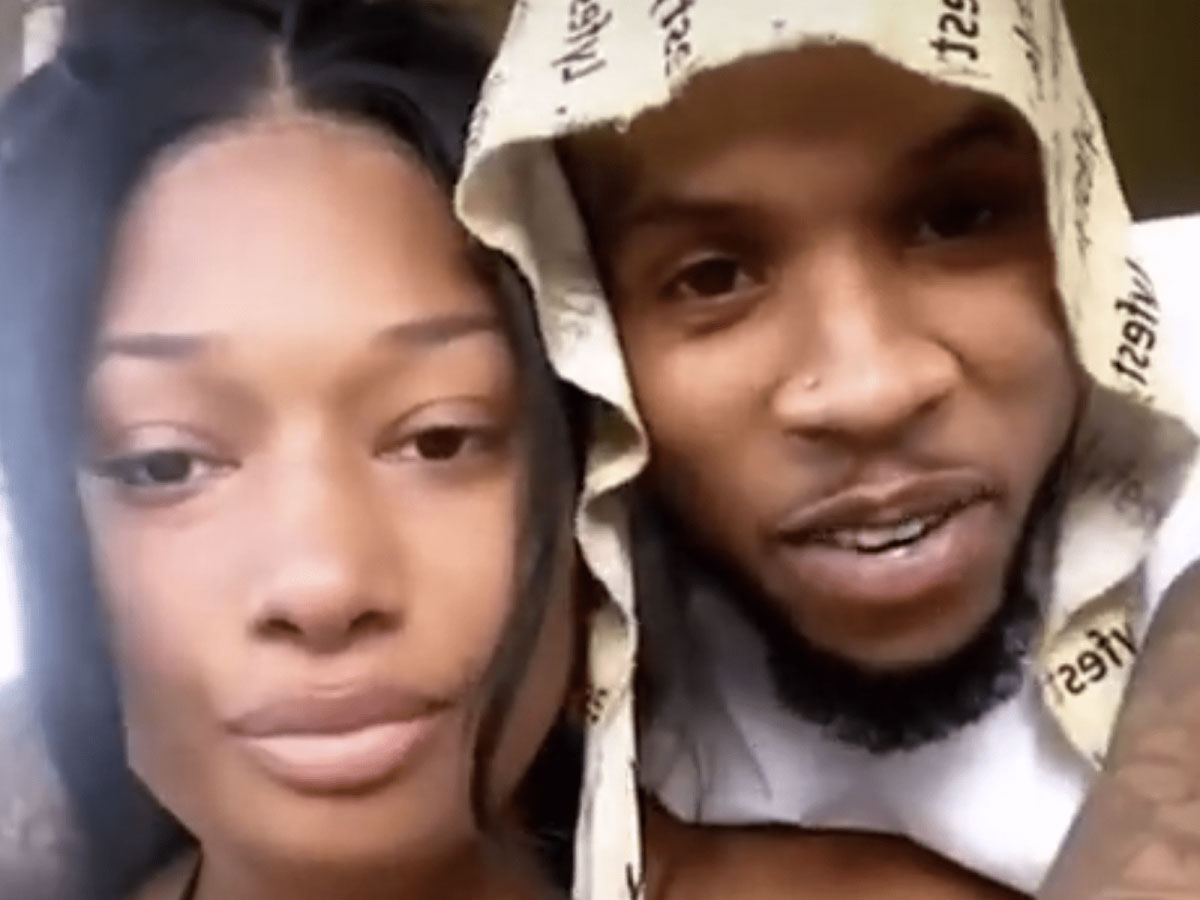 Tory Lanez has finally broken his silence and is sharing his side about what happened the night Megan Thee Stallion was shot.

Thursday afternoon (Sep. 24), Tory took to Twitter to apologize to his fans for his “silence” and announced that he had “time today” to speak about something at 9 p.m. PST, which led fans to believe that he would be going live on Instagram.

But when the time came, Tory instead dropped a new 17-track album called Daystar, which is also his legal first name.

The track opens up with a media montage highlighting the negative coverage Tory received as a result of the shooting, and then he says: “I’m done with this you gotta know the truth” before rapping about the incident.

At one point, he denies shooting Meg and says that her people are “trying to frame me” … “but them boys ain’t clean enough.”

He also calls out industry colleagues who were speaking bad on his name after the incident and saying that he was canceled.

“Seeing certain ni**as hating, like, how this ni**a hating?” Lanez raps. “I done gave these ni**as so much features, made these ni**as features / They was on the blog saying I’m canceled from this entertainment / I was on that Spotify like 30 million monthly listeners, I’m f**king going crazy.”

Tory also said that he was “hurt” by Kehlani removing his “Can I” verse from her deluxe album release and Kaash Paige saying he doesn’t respect women.

“I got nothing but love to spread, but ni**as hate me / Hurt my heart to see them Twitter fingers come from Kehlani’s and Kaash Paige / But I flipped the switch, I’m gripping money at that fast pay / And don’t ask me for sh*t when it gets real, that’s my last favor.”

He then circled back to denying that he shot Megan Thee Stallion, saying that she “had the nerve to write that statement on an affidavit … Knowing I ain’t do it but I’m coming at my truest.”

“Knowing I ain’t do it but I’m coming at my truest / Trying to keep this sh*t 200 with you, shorty, I can’t prove it / But those people in your ear, they the true ones that I fear / They really got you thinking Tory Lanez would do you in for real

“And what’s even worse is I’m still thinking about you and me / How you going live my birthday with all your jewelry to try to make some fool of me? / But I love you hard so I’ma cool it B / ‘Cause I was coolin’ right with Cuban, B, that was a stupid me.

“Somehow I’m still down to renegotiate the unity / My heart is some foolery, the sh*t is just confusing me / I’m going through these phases, but I gotta stack that paper.”

Then, here’s the kicker … where he raises questions about her gunshot wound and accuses her team of trying to pay him off to stay silent about what “really” went down:

“Gotta see a couple questions: how the f**k you get shot in your foot, don’t hit no bones or tendons? / How the f**k your team is trying to pay me in some whole millions? […] So I don’t give a sh*t if shorty know Jigga / I was taught to beat the block / Eeny meeny miny in these streets, and so my nina cocked.

“Niggas, y’all can play me, y’all can frame me, but I’ma reach the top / I would never put you in no danger, and if I did, you would’ve said it when you seen the cops.”

“I’m watchin’ ni**as analyze me, how you protectin’ me / But made this whole plan to fry me? / Since the event, you never call me but you can’t deny me / If you got shot from behind, how can you identify me?”