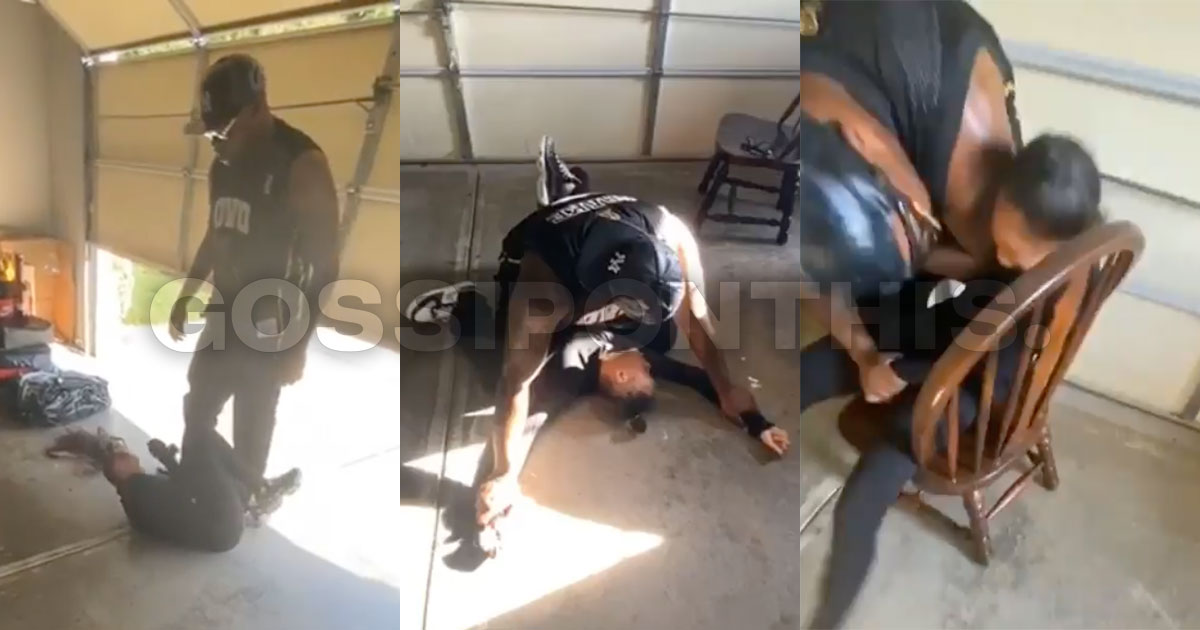 The viral videos showing a teen girl being “disciplined” by her father and stepmother in a garage after she allegedly ran away from home have sparked an investigation from the Gwinnett County Police Department.

In the Instagram Live video that went viral last weekend, a 14-year-old girl named Trinity can be seen being slapped and pushed around by her father and stepmother in a garage during an intense line of questioning that lasted for nearly 40 minutes.

At one point, Trinity escapes for a brief moment before her father goes after her, catches her and then drags her back into the garage.

The disturbing footage also shows Trinity’s father, who identified himself in the video as Andrew Eugene Anderson, pinning the girl down to the ground and sitting on her chest.

911 I NEED HELP reporting this to CLAYTON COUNTY , GEORGIA POLICE and CPS- help save this little girl from her father and step mother pic.twitter.com/MQemrvd8HH

The entire 37-minute livestream was re-posted on Instagram and separated into three videos, which have since gone viral and collectively have more than 1 million views.

Watch them below at your own discretion:

In a fourth video posted to the same IG account, Anderson is driving and once again mentions his daughter running away multiple times. He also explained why he took the actions seen in the previous videos.

“What I was doing by sitting on my daughter’s chest is trying to show her exactly how easy it is for somebody else to get control of her,” he said.

After the videos went viral, a number of law enforcement agencies in Georgia say they received multiple calls reporting the videos.

A spokesperson for the Clayton County Police Department confirmed they received a call about the videos, but said that their investigation determined that the incident actually took place in Gwinnett County.

Gwinnett police spokesman Cpl. Ryan Winderweedle said that detectives haven’t confirmed the exact location of the incident, but a Special Victims Unit detective is working on the case and “assuming it happened in Gwinnett County.”

A detective with the GCPD Special Victim’s Unit is reportedly handling the case.

Winderweedle said no arrests have been made, but the case is being considered a first-degree child cruelty investigation. He added that a detective has talked with the victim “and determined she is in a safe environment at this time.”

As we previously reported, famed hip-hop manager Deb Antney revealed via Instagram that she had removed Trinity from the home, and the teen was safe and in her care.

“She’s good,” Antney said of Trinity in one clip. “She’s more than protected, honey. Allstate don’t have nothing on me right now. She is super good.”