GOSSIPONTHIS.COM Crime 2 Dead, 8 Injured in Shooting at Nightclub in Greenville, S.C. During... 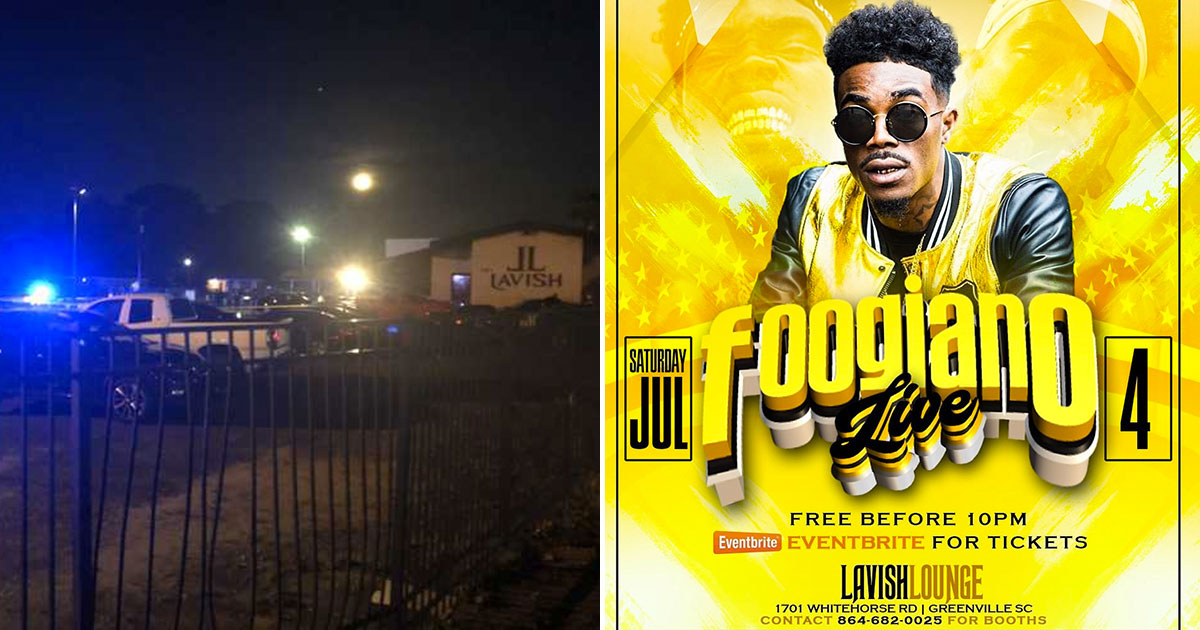 Two people are dead and eight others were injured after a shooting broke out at a nightclub in South Carolina.

SEE NEXT: Video Allegedly Shows Member of ATL Rapper Foogiano’s Team Shooting Into Crowd at S.C. Nightclub After Someone Tried to Steal His Chain

Scene at Club Lavish where 12 people were shot. @GvlCoSheriff on scene along with forensics. Anyone with info. should call 23-CRIME. #breaking pic.twitter.com/U4Xj9jSmFZ

A Facebook Live stream showed the exact moment the shooting happened. Someone was performing on stage when all of a sudden shots started to ring out. At least a dozen shots could be heard as patrons scrambled to either exit the building or seek cover.

“There’s a lot of shell casings inside,” Sheriff Lewis said. “Everything is turned over, there are a few chairs in there, food on the floor, some bottles busted. You can tell somebody left in a hurry. There are some pretty large amounts of blood.”

The shooting happened as Coronavirus cases in South Carolina have spiked, with Greenville being named as a hotspot in the state.

Sheriff Lewis said he didn’t know whether the club sought an exemption to the governor’s order or secured a permit for the event Saturday night, but said it was clear that clubgoers were not wearing masks or socially distancing.

“It’s certainly not the best situation to stop the spread of this virus,” the sheriff said.