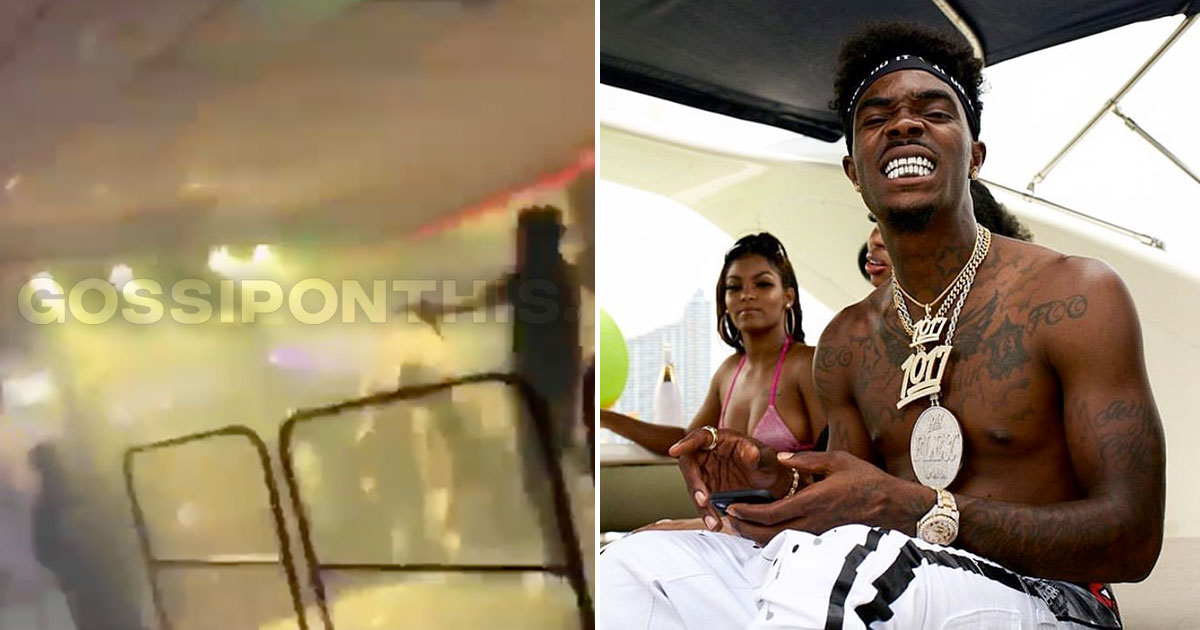 Video footage has surfaced appearing to show a member of Atlanta trap rapper Foogiano’s camp shooting up Lavish Lounge nightclub in Greenville, South Carolina, allegedly after someone tried to snatch his chain while he was performing.

As we previously reported, at least two people died and eight others were injured Sunday morning (Jul. 5) after a shooting broke out Lavish Lounge while Foogiano was on stage.

A Facebook Live stream showed the exact moment the shooting happened. Foogiano was performing on stage when all of a sudden shots started to ring out. At least a dozen shots could be heard as patrons scrambled to either exit the building or seek cover.

Witnesses say that someone with Foogiano—who recently signed to Gucci Mane’s 1017 label—was the gunman, and a video obtained exclusively by Gossip On This shows a man with what appears to be a machine pistol shooting into the crowd indiscriminately, spraying the nightclub with bullets.

We haven’t been able to confirm the person in the video, but sources tell us that they’re a member of Foogiano’s team and the reason they opened fire was because someone in the crowd tried to steal the rapper’s chain off his neck.

“There’s a lot of shell casings inside,” Lewis said. “Everything is turned over, there are a few chairs in there, food on the floor, some bottles busted. You can tell somebody left in a hurry. There are some pretty large amounts of blood.”