GOSSIPONTHIS.COM Hip Hop Will “Knuck If You Buck” Be Canceled Now That We Know Lil... 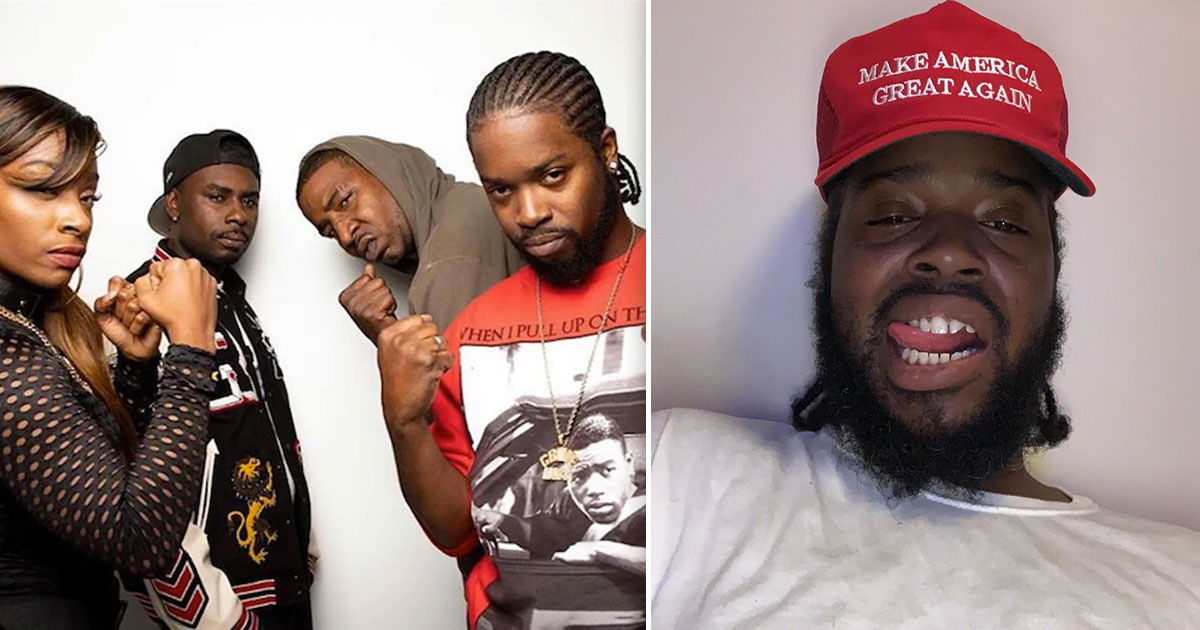 Social media is calling for rap fans to cancel “Knuck If You Buck” by Crime Mob after member and producer Lil Jay confirmed that he supports Donald Trump.

Lil Jay was seen on Twitter rocking the infamous red MAGA hat … and the post garnered attention from people on both sides of the political aisle.

His entire timeline is filled with pro-Trump posts, including #maga in his profile, posts that read “All Lives Matter,” and him saying that it’s not a publicity stunt but he has genuine “support” for Donald Trump.

“Yes I really do support Trump yes I do,” he wrote on Instagram. “But it’s my views, you just can’t just wipe it off and say he’s a racist. Look at the speeches, look at his policies, go to the website, and see what he did for black people.”

“Even if you’re not a pro-black for whatever it is, look at the policies. Compare his sh*t to Obama sh*t, when it comes to black people,” he concluded.

Following the announcement, many people took to social media to say that this was enough to cancel Lil Jay’s music.

Hey, if “Knuck if you Buck” is your protest song. Please be aware that @LILJAYWERKS, the producer is a Trump supporter. (His IG is Lil_Jay_onthetrack).

Also, Killa C, the last verse on the song, was found guilty of molesting his then 6 year old brother.

Yeah. Knuck If You Buck is canceled. Stop strolling to that shit. Stop playing the song in the club. Only time we should hear that song is if we going to beat trump supporters ass, including Lil Jay.

Lil Jay from Crime Mob is a Trump supporter. Now I gotta cancel them so no more Knuck if You Buck for me.

Knuck if you buck gettin no more streams from me https://t.co/X207XxOOAG

While the revelation has caused many people to unfollow and call for the cancellation of the rapper’s music, there are also plenty of pro-Trump supporters who have come out and started following the Atlanta-based producer.

But I'm sure you have LOTS of new friends, like me!

You are better off without them. You are awesome.

Not to worry brother! You dont fans/ friends like that anyway! Patriots got your back! #WWG1WGA #Qanon #DigitalSoldiers