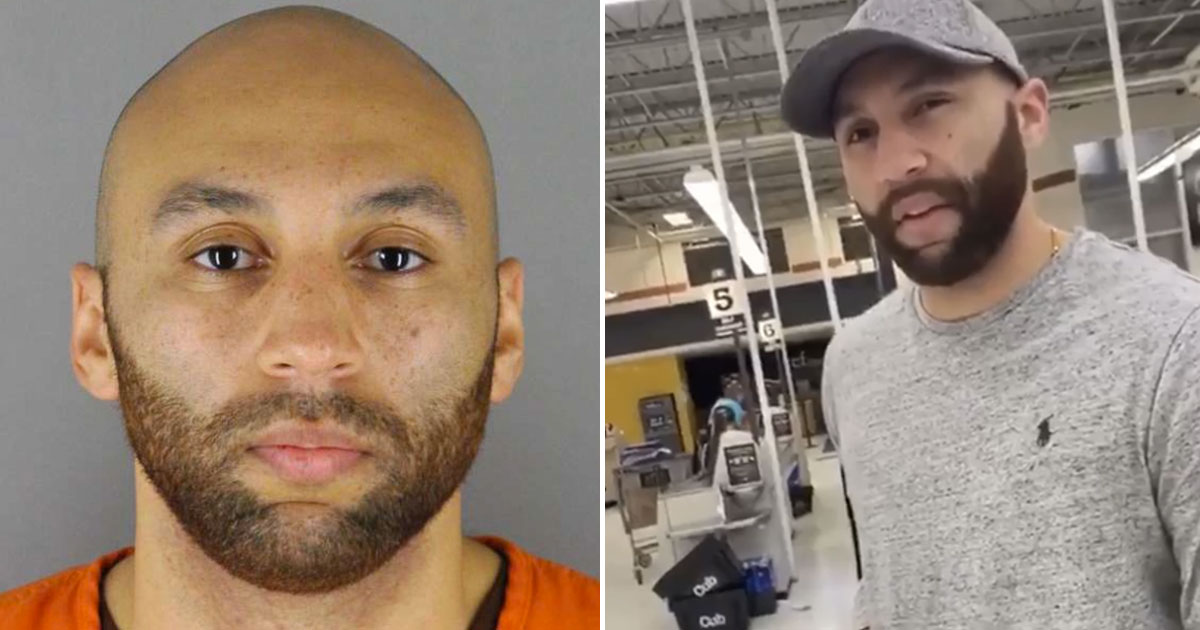 One of the four former Minneapolis police officers involved in George Floyd’s murder is back in the public eye.

J. Alexander Kueng was out shopping for groceries at a Cup Foods in Minnesota when someone recognized him and confronted him, and recorded the encounter on their cell phone.

look who my sister caught at Cub Foods in Plymouth. J. Alexander Keung, one of the officers who lynched #GeorgeFloyd in cold blood. pic.twitter.com/PVX4pFijab

The woman behind the camera can be heard chastising Kueng for being out “comfortably shopping” and telling him he doesn’t “have the right to be here” after being released from jail on bail.

“Did you think that people weren’t going to recognize you?” the woman asks Kueng, who keeps his engagement with her to a minimum, explaining that he’s simply “getting necessities.”

The woman also questions Kueng as to how he got the bail money and tells him: “You’re not gonna be able to comfortably live in Minnesota or anywhere after this.” She also tells him that he’s lucky his home address hasn’t been made public.

The last time we saw J. Alexander Kueng, he and Thomas Lane were using their weight to keep George Floyd subdued on the ground while Derek Chauvin kneeled on Floyd’s neck and Tou Thao stood watch.

Floyd—who was being arrested for allegedly using a fake $20 bill at a nearby deli—died while in their custody after he was seen on video pleading for his life and repeatedly saying “I can’t breathe.”

All four cops were fired from the Minneapolis Police Department and were charged in Floyd’s murder.

They all face up to 40 years in prison if convicted as charged.

As was previously reported, Kueng was released from Hennepin County Jail on Friday night (Jun. 19) on $750,000 bail.

Lane was released the week prior, on Wednesday, June 10th.

Thao and Chauvin remain in jail on a $750K bond and a $1M bond, respectively.

All four cops will have their next court appearance on Monday, June 29th.