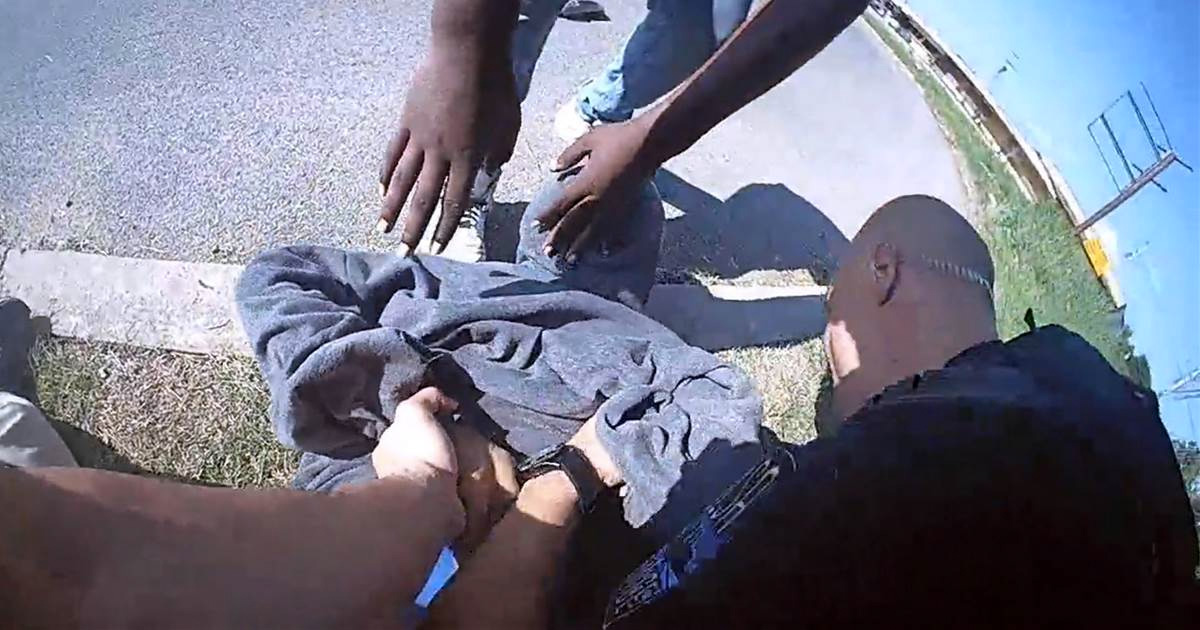 The incident, which occurred last week and is now under internal investigation, comes as protests against police brutality continue across the country following the murder of George Floyd by a police officer.

In the video, the two officers exit their patrol car as the teens pass by walking down the middle of the road.

One of the officers says something to the teens, then quickly grabs one of the teens and takes him to the ground before placing him in handcuffs.

“You want to see me in jail or dead,” the teen asked the officers before accusing them of targeting him because of his race.

The officers claim that they were simply trying to ask the teens questions, yet they are seen grabbing the young man’s arm early on in the conversation. They said the teen was being “aggressive,” according to reports.

News outlets are reporting that about 15 minutes into the video, an adult Black man approaches and asks the officers what they are doing.

“You don’t have to do all that,” he says. “I’m watching you assault that little boy right there.”

One of the officers responds by threatening to arrest the innocent bystander. Though both teens were handcuffed, one was eventually let go and the other was placed under arrest.

This is just one of many instances of racial injustice in the city of Tulsa.

Reports recently emerged that a high ranking Tulsa Police Department member went on a podcast to say that he believed that officers are shooting Black people “less than we probably ought to.”

The problem goes much further back, though. In 1921, Tulsa was home to one of the largest displays of blatant racism in the country when white citizens attacked a highly popular and wealthy black neighborhood called Black Wall Street.

The 1921 Tulsa Race Massacre has not been taught widely in public schools, but HBO’s Watchmen recently highlighted the injustice with the series’ premiere episode. Warning: Graphic Footage.