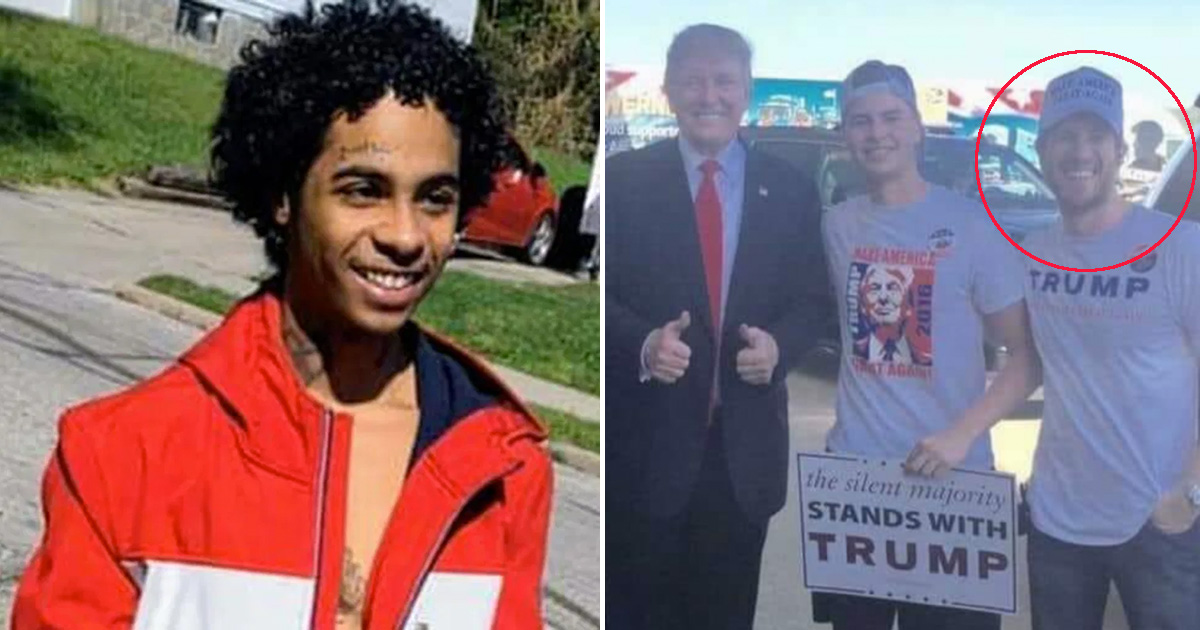 Jacob Gardner, the Nebraska bar owner who some have described as a “White supremacist,” will not face any charges in the shooting death of 22-year-old James Scurlock, a Black man who was killed amid protests in Omaha Saturday night (May 31).

Citing video evidence from the scene, Douglas County Attorney Don Kleine said Monday (Jun. 2) that Jake Gardner, the owner of The Hive bar in Omaha’s Old Market district, acted in self-defense when he shot and killed Scurlock outside his place of business.

After his father was shoved, Jake rushed to his defense, asking: “Who did that? Who pushed my dad?”

Someone in the video could then be heard saying “he has a gun on him,” in reference to the younger Gardner, before a group of people are seen surrounding Gardner and tackling him to the ground.

Kleine said while Gardner was on the ground, he fired two warner shots, and then Scurlock jumped on top of him, at which point he fired another shot.

Kleiner said Gardner could be heard saying Get off me, get off me, please get off me!” before firing the final shot that struck Scurlock and fatally wounded him.

Gardner was taken into police custody for questioning following the and was released without facing any charges, despite the fact that prosecutors noted he didn’t have an active concealed carry permit.

Kleine said that while he understands the emotions surrounding Scurlock’s death, he has to focus on “justification for use of force,” and said that Gardner thought Scurlock was trying to grab his gun during the scuffle.

“You can’t use deadly force to protect property,” he explained. “Deadly force can only be used if someone is in fear of their own life or serious bodily injury and they don’t feel like they can retreat safely. Even if they are mistaken, if their beliefs have a reasonable basis, it’s justifiable for them to use deadly force…that’s what the law is.”

“It is a senseless death, a loss of a young man’s life, it shouldn’t have happened,” Kleine continued. “We know that emotions are running very high…this decision may not be popular and may cause more people to be upset.

“I would hope that they understand that we’re doing our job to the best of our ability and looking at the evidence and the law. And that’s all we can do.”

Kleine said witnesses and the video from the scene confirmed that Gardner tried to retreat and no racial slurs were used during the confrontation.

“Mr. Gardner as we know now has said I did what I did to defend myself and we find that we can’t disprove that from the evidence that we have,” Kleine said.

On the flip side … social media users have described Gardner as a known “White supremacist” and said the night of the shooting, he was heard calling Black protesters the N-word.

22 year old James Scurlock was shot while protesting in Omaha, Nebraska. Today, it was announced that his killer will face no charges.
James was a father to a daughter. A son. A brother. He deserved better than to die at the hands of a white supremacist. pic.twitter.com/SAB2pVxTE9

SAY HIS NAME! James Scurlock, an unarmed protester, was killed by a white supremacist named jake gardner . The murderer WILL NOT be charged because it was “self defense”. NO JUSTICE, NO MOTHER FUCKING PEACE! #BlackLivesMatter pic.twitter.com/y9iAMqtcn3

THE OWNER OF THE HIVE OMAHA

A KNOWN WHITE SUPREMACIST BY THE NAME OF JAKE GARDNER

SHOT AND KILLED A PROTESTER ON VIDEO TONIGHT

DO NOT LET A SINGLE EYE MISS THIS

This is Jake Gardner. He is a white supremacist who murdered an innocent black man at last night's protests here. Today, he walked free. Learn this face because he is still out there and is on a military style hunt. pic.twitter.com/8Ag7NzSdWj

#JusticeForJamesScurlock James Scurlock was shot and killed by white supremacist bar owner Jake Gardner in Omaha the other night. This is an eye witness account. They never called her and released Gardner with no charges. pic.twitter.com/tLyEs4JSyK

James Scurlock, was murdered 3 days ago by trying to unarm a white supremacist who was firing shots in the air at a protest.

Today, that man Jake Gardner was not charged with murder.

Why is this not bigger news https://t.co/2C8Mp7fqNr

James Scurlock was murdered this weekend during a protest by a WHITE SUPREMACIST and they just announced that there won’t be any charges against Jake Gardner. Please take a second to call these numbers and demand #JusticeForJamesScurlock !!!!!!!!!!!!!! pic.twitter.com/potIXzHcrw

Gardner also described himself in previous media stories as a libertarian, a former Marine, and a volunteer for the Trump campaign in 2016, The Daily Beast reported.

James Scurlock Sr., the victim’s father, has called for an investigation into his son’s death. He also said his son—who was the father of a young daughter—would still be alive today if it weren’t for Gardner’s father.

“I honestly feel that if Mr. Gardner’s dad would’ve kept his hands to himself the incident would’ve never happened in the beginning,” he told KMTV News.

“Once again I ask that we investigate this and I ask my people to stand by me strong but do it peacefully.”