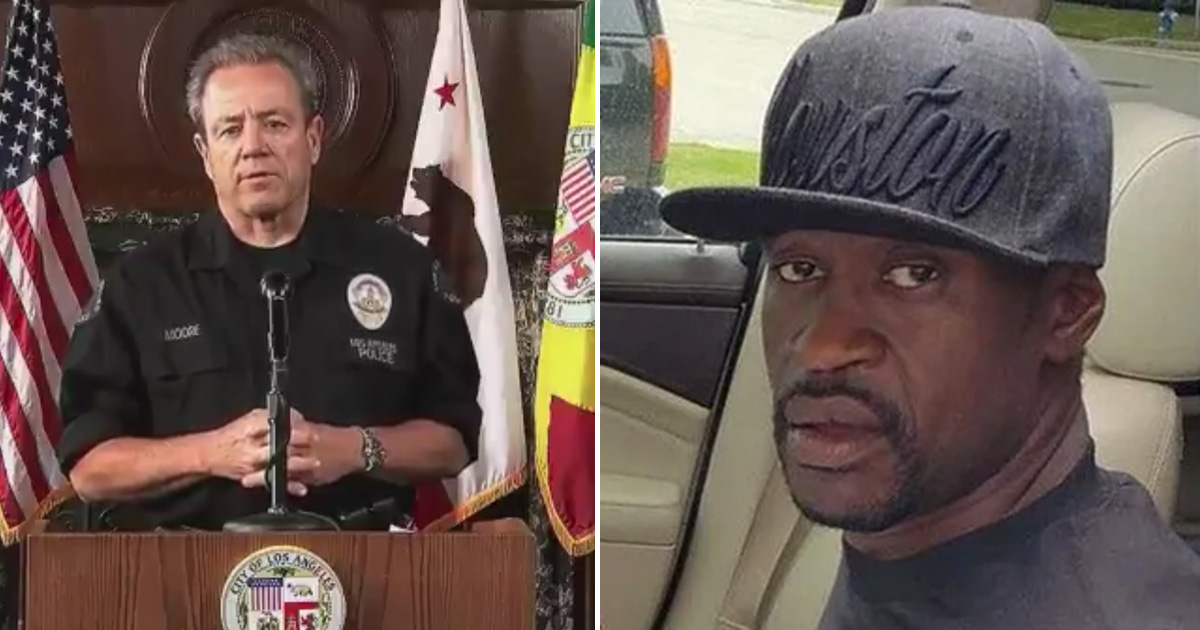 During a press conference hosted by Los Angeles Mayor Eric Garcetti Monday (May 31) amid protests in the city, LAPD Chief Michael Moore tried to blame the police killing of George Floyd on protesters who are looting and rioting in the streets.

Speaking on the killing of George Floyd while in the custody of Minneapolis police, Moore added: “His death is on their hands, as much as it is on those officers.”

LAPD Chief Michael Moore just said that George Floyd's "death is on [protestors' and looters'] hands, as much as it is on those officers'." pic.twitter.com/7KSYwGCYeb

Moore later clarified that he didn’t mean to blame George Floyd’s death on rioters, saying that he “misspoke.”

“I misspoke when I said his blood was on their hands, but certainly their actions do not serve the enormity of his loss,” Moore said.

“What his name should stand for is the catalyst for change. I regret the remarks of that characterization, but I don’t regret, nor will I apologize to those out there creating destruction. His memory deserves better.”

“His death was at the hands of those police officers,” Moore added. “What I saw there wasn’t right.”

“We must turn a corner,” Moore pleaded. “We are efforting to support and make sure people’s voices are heard … that you can’t hear because of the violence.”

Watch the full news conference below:

Join me live with LAPD Chief Moore and LAFD Chief Terrazas for an update on how we’re facilitating peaceful protests, keeping our communities safe, and ensuring that the destructive acts of a few don’t overshadow the movement for racial justice. https://t.co/ORRtO2APBo