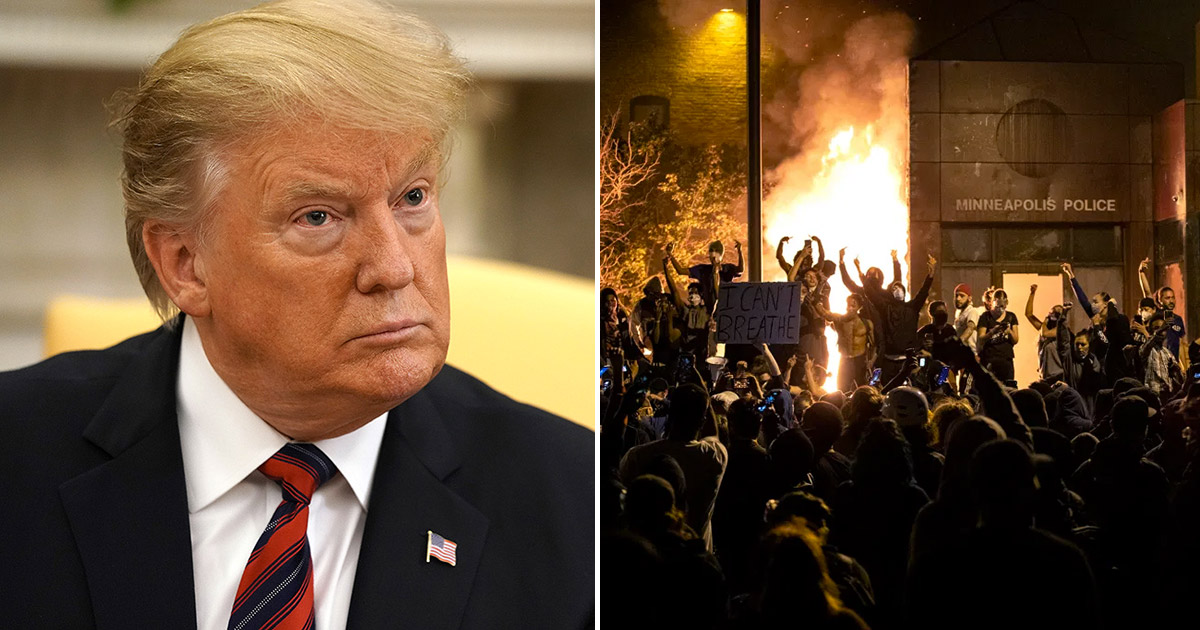 Donald Trump is fed up and sick and tired of being sick and tired about the protests in Minneapolis over the killing of George Floyd by MPD officers.

The President took to Twitter early Friday morning (May 29) to let the world know that he is not going to sit back and watch “a great American City” go down in flames and said that if it comes down to it, he’ll take matters into his own hands to bring Minneapolis “under control.”

Trump called out Minneapolis’ “total lack of leadership” and referred to the city’s mayor, Jacob Frey, as “very weak” for not stepping up and intervening amid the turmoil.

He also called the protesters “THUGS,” said they were “dishonoring the memory of George Floyd” and threatened to “assume control” of the situation by sending the United States National Guard.

….These THUGS are dishonoring the memory of George Floyd, and I won’t let that happen. Just spoke to Governor Tim Walz and told him that the Military is with him all the way. Any difficulty and we will assume control but, when the looting starts, the shooting starts. Thank you!

Trump’s tweets come after news surfaced that on Thursday night (May 28) rioters had set fire to the Minneapolis Police Department’s 3rd Precinct, which is about three miles away from where Floyd was killed Monday.