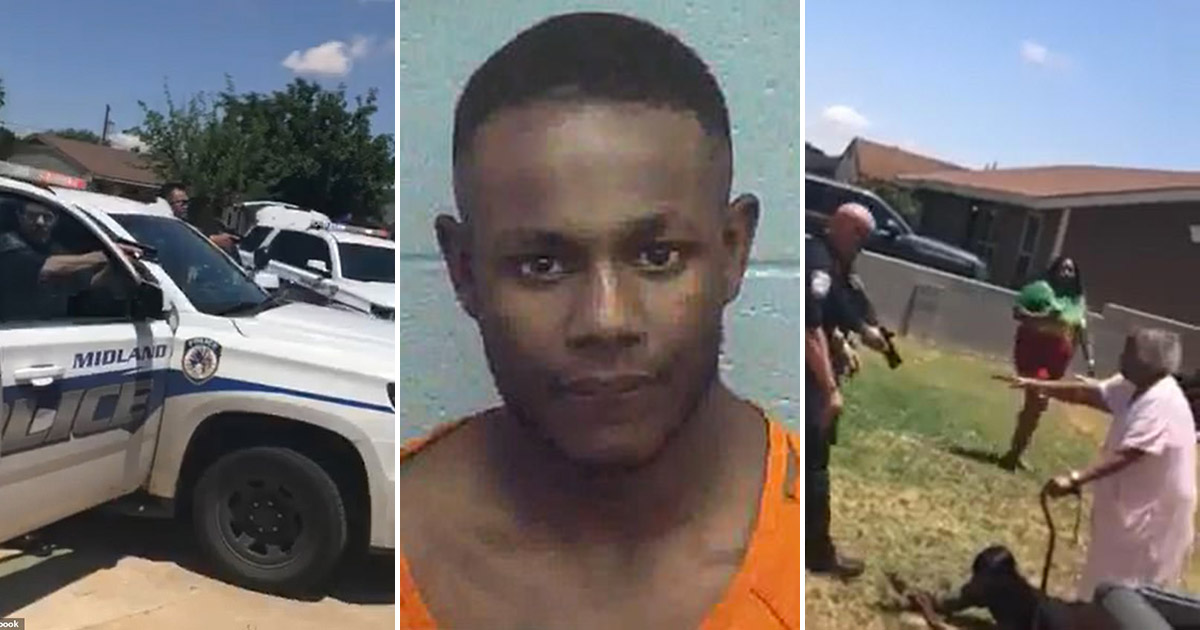 A video that surfaced online over the weekend showing multiple police officers, with their firearms drawn, arresting a 21-year-old African American man has drawn backlash from many.

Tye Anders, of Midland, TX, is seen lying on the ground as multiple police vehicles surround him in the dramatic video from Saturday (May 16).

“Stay calm,” one of the officers is heard saying in the video.

According to reports, Anders was stopped because he failed to adhere to a stop sign and allegedly continued to drive until he reached a residence.

In a statement released since the video surfaced, the Midland Police Department said: “Upon exiting the vehicle, officers advised the subject to walk towards them to be detained, the subject then stopped and laid on the ground.”

Eventually, the officers moved towards Anders to arrest him. It was at this point that Anders’ grandmother approached him.

Officers told her to back up, and then she appears to fall on top of her grandson, with someone off-camera yelling, “you pushed her.”

Anders was ultimately arrested and charged with evading arrest, a third-degree felony, and has since been released on bond, according to the arrest affidavit.

“We believe and maintain that this was a stop based on racial profiling and there was no traffic violation,” Moore said.

He also claimed in a statement that Anders was assaulted by an officer multiple times in the face while handcuffed in the back seat of the squad car.

In response, Midland District Attorney Laura Nodolf told reporters that they were investigating the incident by looking at the evidence, “including dashcam and bodycam videos,” and that “once that is complete, we will evaluate if this case will be presented to a grand jury and the felony charge will be prosecuted.”