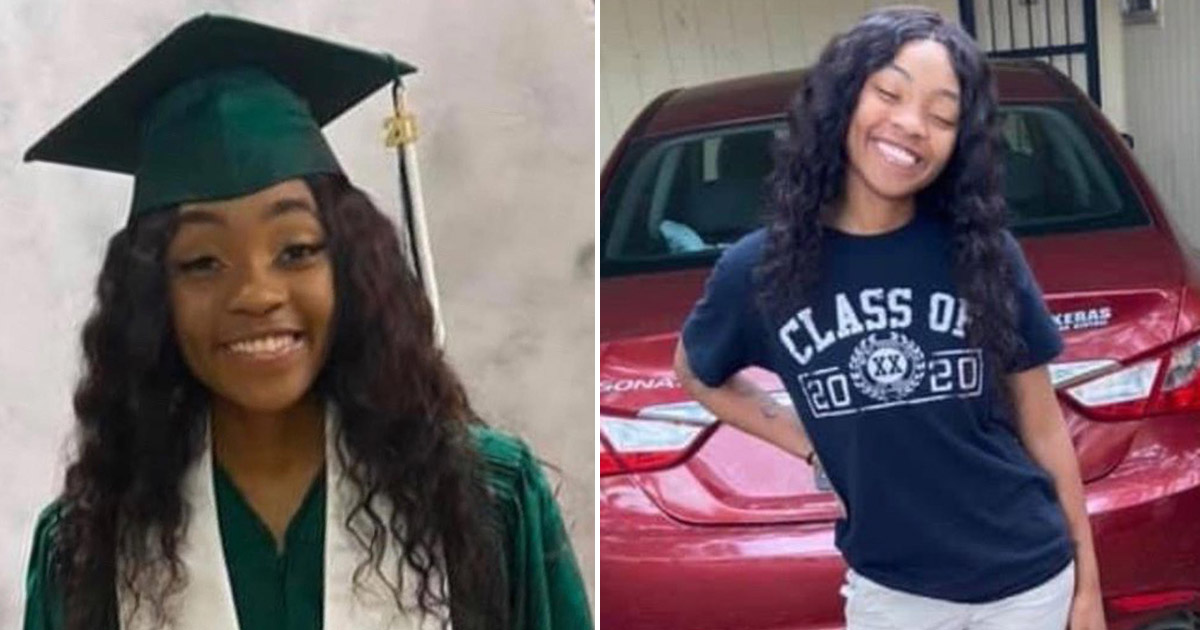 A Memphis teen is making headlines after she was shot and killed over the weekend in the drive-thru of a fast-food restaurant just weeks before she was supposed to graduate high school.

18-year-old Mya Taylor was shot to death at the McDonald’s on Winchester Road and Millbranch Road in Memphis, Tennessee on Saturday (May 2).

The teen was in line waiting for food with her friends when the tragic shooting that claimed her life took place.

She was set to graduate from high school later this month and had a bright future ahead of her.

One of her friends who was at the scene of the crime told authorities that a gray sedan pulled up next to their car and started firing gunshots.

“Her best friend said they didn’t even know they were shooting at the car,” Mya’s sister, Brianne Sweat, told WREG-TV News. “They just heard gunshots and ducked down.”

Sweat said her sister’s friends sat up after the shots were fired, that’s when they noticed the teen slumped over in the car.

Taylor’s friends believe that they were targeted, but they don’t believe Taylor was the intended target. The car they were riding in also had tinted windows.

Sweat said a group of boys gave her sister and her friends a ride to the McDonald’s, but she doesn’t know who the boys are.

Sweat also revealed that moments before the shooting took place, Taylor moved from the back seat of the car to the front passenger seat, swapping seats with a male in the car.

“The windows were tinted, if the car was targeted, they would have never known that Mya swapped to that front seat. I have no doubt in my mind that Mya was not the target,” Sweat said.

“Her friend said Mya, right before it happened said, ‘Why is that car staring at us?'” Sweat said.

A 19-year-old male victim was also shot during the encounter. He was released from the hospital and is recovering from his injuries.

Taylor’s mother, Jolanda Wright, received the news that her daughter had been shot while she was at work.

“My mom received a phone call from my sister’s phone. Her best friend was screaming. She could hardly understand them. The only thing she could understand was that Mya had gotten shot,” Sweat said.

Sweat said she remembers her sister as being a goofy, care-free spirit.

“Mya was a really sweet person,” Brianne said. “She was really goofy. She didn’t take much seriously.”

Taylor’s family is looking for justice for her senseless murder. They believe someone in the car knows who killed their loved one, but is not speaking up.

“Talking to people about who they are into it with, nobody wants to tell us, but you have to think, that could have been your son. You would want someone to help you bring them to justice,” Sweat said.

She went on: “Everyone wants justice for Mya. It’s not going to bring her back, but it will make us feel a lot better to know that the people that did this will pay.

Jolanda Wright said that she is deeply hurt by her daughter’s death and just wants answers.

“This hurts. It hurts. I need to know something. I just want justice,” Wright said.

Police have released photos of a suspect and are asking for anyone with information to call Crimestoppers at 901-528-CASH.

They say the man in the photo and other suspects were last seen in the Sedan speeding away.

A GoFundMe has been created to help pay for Taylor’s funeral expenses.

Her school, Hillcrest High School, posted a message on Facebook about her tragic death. The statement read:

“Early this morning, we received word of Mya’s untimely passing and still struggling to come to grips with this sad news. Our staff and students will truly miss Mya’s smiling face and pray that her family finds peace in knowing she was loved by many, including her Viking Family. To Mya, rest well Young Queen. You are loved and will be missed!!”