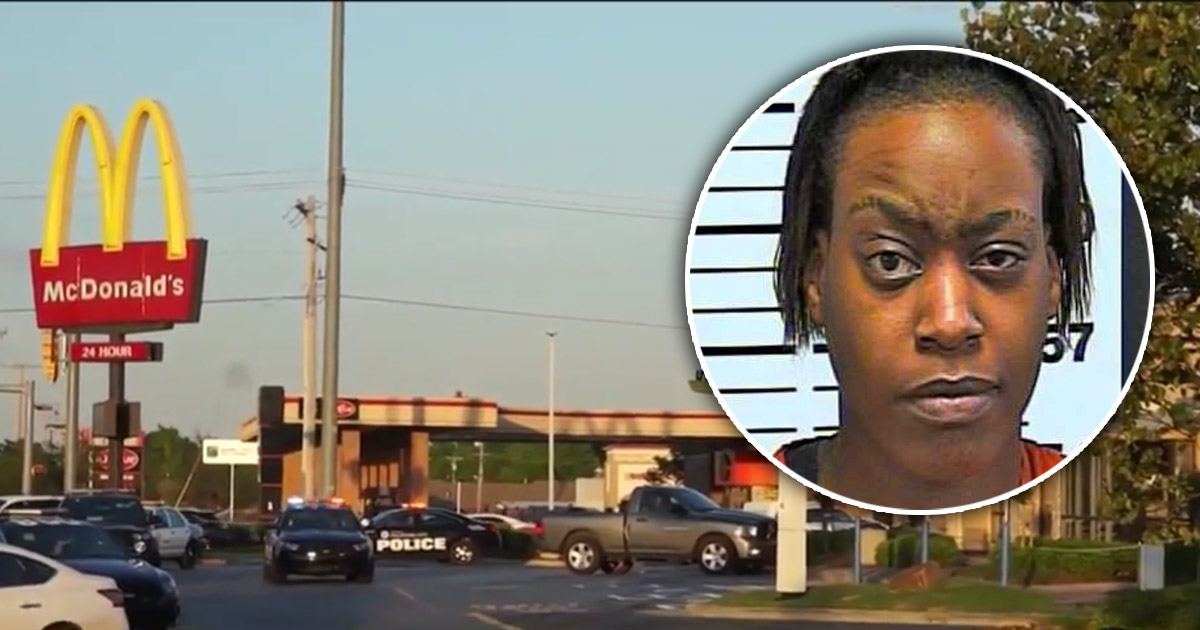 An Oklahoma City woman was arrested after she opened fire inside a McDonald’s after being told by employees that the dining room was closed due to coronavirus restrictions.

OKC police responded to reports of shots fired Wednesday evening (May 6) just before 6:30 p.m. at the McDonald’s located near Southwest 89th St. and Pennsylvania Ave.

Police said when the woman, later identified as 32-year-old Gloricia Woody, entered the restaurant, she was informed by employees that the dining area was closed due to restrictions imposed on restaurants amid the COVID-19 pandemic.

Woody was asked to leave the restaurant, but refused, and a physical altercation ensued between the woman and an employee.

After Woody was forced out of the restaurant by employees, she reentered the building with a handgun and fired about three shots in the restaurant, police said.

The employee who was involved in the initial physical altercation also reportedly fell and hit her head at some point during the fight causing a head injury.

Police said the injuries to the four employees were non-life-threatening, and three of them were taken to a local hospital.

Gloricia Woody was located a few blocks away and was taken into police custody without incident.

Police said the woman matched the person seen on surveillance footage recorded inside the restaurant.

A McDonald’s spokesperson released the following statement regarding the incident:

“The safety and security of our employees and customers is our top priority. Our thoughts and prayers are with all those involved, and the good news is that we can report the employees who sustained injuries are expected to make a full recovery. This is a heinous crime on our restaurant employees who were trying to support public health efforts. We are fully cooperating with law enforcement as they continue to investigate this matter.”

The shooting comes amid tensions over restrictions from businesses and restaurants to help slow the spread of coronavirus.

Earlier this week, a woman, her husband and adult son were all charged in the fatal shooting of a security guard last week who refused to let the woman and her daughter shop at a Family Dollar store in Flint, Michigan because the daughter wasn’t wearing a face mask, which helps protect others against transmission of the coronavirus.

“But there’s absolutely no excuse for violence, particularly gun violence, so I’m just happy that our people are going to be OK.”