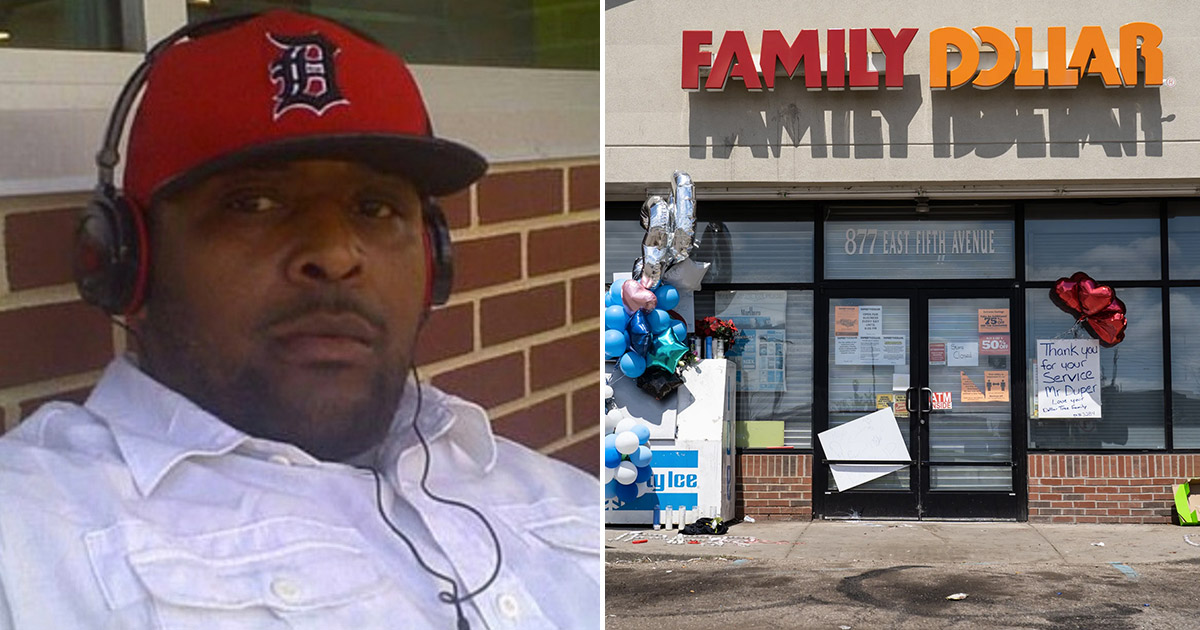 Police in Michigan said a security guard at a Family Dollar store in Flint was shot and killed after telling a customer to wear a face mask as mandated by state officials amid the coronavirus pandemic.

Michigan State Police Lt. David Kaiser said 43-year-old Calvin Munerlyn, a father of nine, died at a local hospital after he was shot in the head on Friday (May 1).

Witnesses at the store told police that Munerlyn and a woman got into a verbal altercation because her daughter wasn’t wearing a mask, and surveillance video from the store confirmed the incident.

The security footage showed that the woman, later identified by police as 45-year-old Sharmel Teague, started yelling and spitting at Munerlyn after he asked her and her daughter to leave the store and instructed a cashier not to serve them.

Security footage also showed that immediately after the altercation, the woman left the scene in an SUV, but returned about 20 minutes later with her son and husband, who then yelled at Munerlyn about disrespecting his wife.

The man then pulled out a handgun and shot Munerlyn in the back of the head. The security guard was rushed to the hospital and was later pronounced dead.

Family Dollar has not made a statement about the fatal shooting.

While Sharmel Teague has since been arrested, her husband, 44-year-old Larry Edward Teague, and son, 23-year-old Ramonyea Bishop, are still at large, police said.

All three suspects are facing a charge of first-degree premeditated murder, which carries a mandatory sentence of life in prison with no chance of parole if they are convicted as charged.

“This is senseless. Over a mask! Over a mask?” Munerlyn’s cousin, Tina James, told WJRT. “This is not the way to do things right now. We need to come together.”

Anyone with information on the whereabouts of Larry Teague and Ramonyea Bishop has been asked to call 911 or Crime Stoppers at 1-800-422-JAIL. A $1,000 reward is available for information leading to their arrests.

Both suspects should be considered armed and dangerous, Genesee County Prosecutor David Leyton said. “We’re confident that we’ll get them,” he said.

A GoFundMe page for Munerlyn was created two days ago and has already raised more than $60,000.