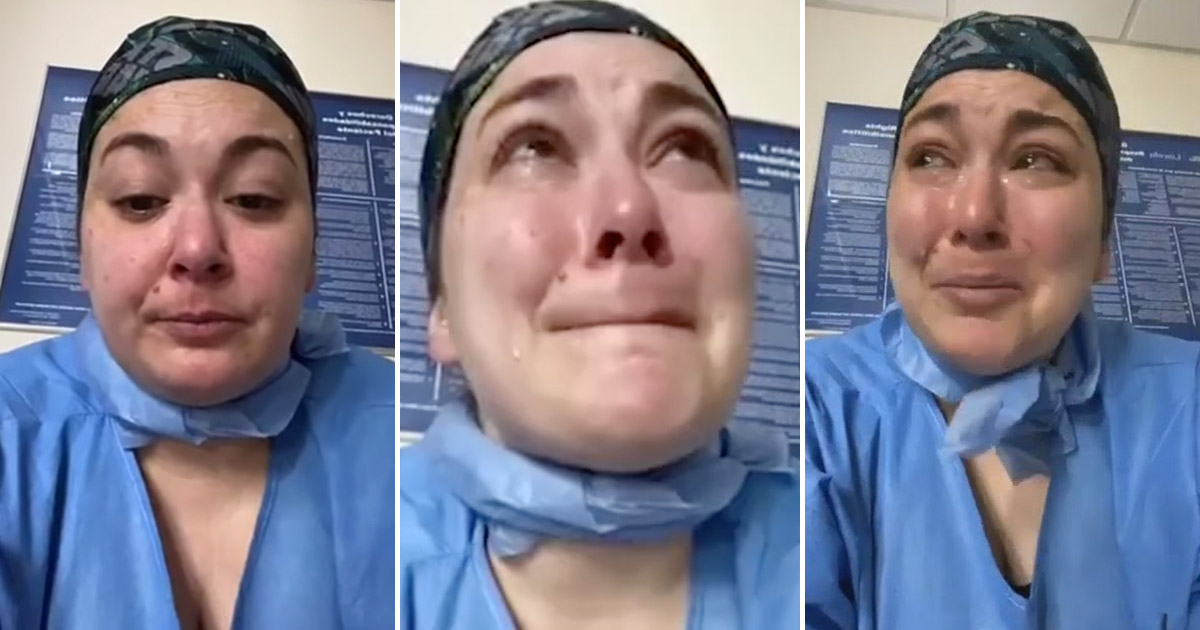 A frontline nurse treating coronavirus patients in New York City is blowing the whistle on negligent doctors who are “literally murdering” people every day, but “nobody cares because they’re all minorities.”

37-year-old Nicole Sirotek, an ICU nurse from Nevada currently working NYC hospitals, recently posted a video on YouTube talking about how gross negligence and mismanagement are causing the deaths of minority coronavirus patients every day.

Sirotek described her work at the frontline of the pandemic as like “going into the f**king twilight zone.”

She said there’s so much going on that she was once assigned to care for a patient who was already dead and had been placed in a body bag.

She said: “They’re not dying of COVID. Yes people are going to die of COVID, I know this, I’m not like a new grad student.

“I am literally saying they’re murdering these people. And nobody cares because they’re all minorities and we’re in the f**king hood and that’s not okay.”

Sirotek went on to give examples of the types of medical negligence she’s personally witnessed, like when an anesthesiologist improperly intubated a patient who later died or when a resident accidentally killed a patient by using a defibrillator on them even though they had a heart rate.

She recalled: “The resident starts doing chest compressions which is not what you do. I run to stop him. He f**king defibrillates him and kills him.

“I was literally saying, ‘Can you stop him he’s going to kill that patient?’ And the director of nursing just shook his head and I turned around and he killed the dude.”

Sirotek also recalled a number of other horrifying incidents, like a nurse who placed a feeding tube into a patient’s lungs instead of their stomach, a nurse who gave one patient a lethal dose of short-acting insulin after confusing it for long-acting, and another nurse who fell asleep at her station while a patient’s blood pressure dropped without notice causing permanent brain damage.

She said one patient actually choked to death on his own blood when the anesthesiologist ruptured his esophagus while trying to intubate him, and another died after his lungs were “blown out” by a wrongly set ventilator.

Sirotek said she’s tried reaching out to advocacy groups for minorities, but was either put on hold or hung up on.

She also said speaking to hospital management made no difference and when she tried to advocate for her black and Hispanic patients, she was quickly removed from their cases and reassigned to other patients.

“I legitimately don’t know what to do anymore,” Sirotek said. “Even the advocacy groups don’t give a sh** about these people. Like literally, Black Lives Don’t Matter here.

She added: “They don’t care what’s happening to these people. And I just have to keep watching them die. … Oh, God.”

In a desperate attempt to put the situation into context, Sirotek said: “I know this is a kind of extreme example but it’s the only one I can come up with.

“It’s like if we were in Nazi Germany and they were taking the Jews to a gas chamber and I’m the one saying, ‘Hey that’s not okay. This is wrong.’ And then everyone tells me, ‘Hang in there. You’re doing a great job. You can’t save everybody.'”

She said she understands that some people will suffer organ failure and die and not everyone can be saved, however: “I’m pretty sure when you defibrillate someone with a heart rate of 40 and a stable rhythm that’s murder.

“And I’m pretty sure when you put someone’s PEEP (Positive End Expiratory Pressure on a ventilator) up to 25 and PEEP doesn’t go past like 15 or 20 and you blow someone’s lungs out and they die, that’s murder.”

Sirotek she’s all out of ideas and doesn’t know what else to do at this point.

“Can someone come up with some kind of solution for me? Because I’m kind of out of ideas. Am I the only one who’s not a sociopath? To think that this is not okay?”

She signed off with this chilling message: “Stay safe. Stay out of New York City for your health care.”

The New York Post reported that Sirotek was originally working at Elmhurst Hospital in Queens, but was transferred to another facility after the video surfaced.