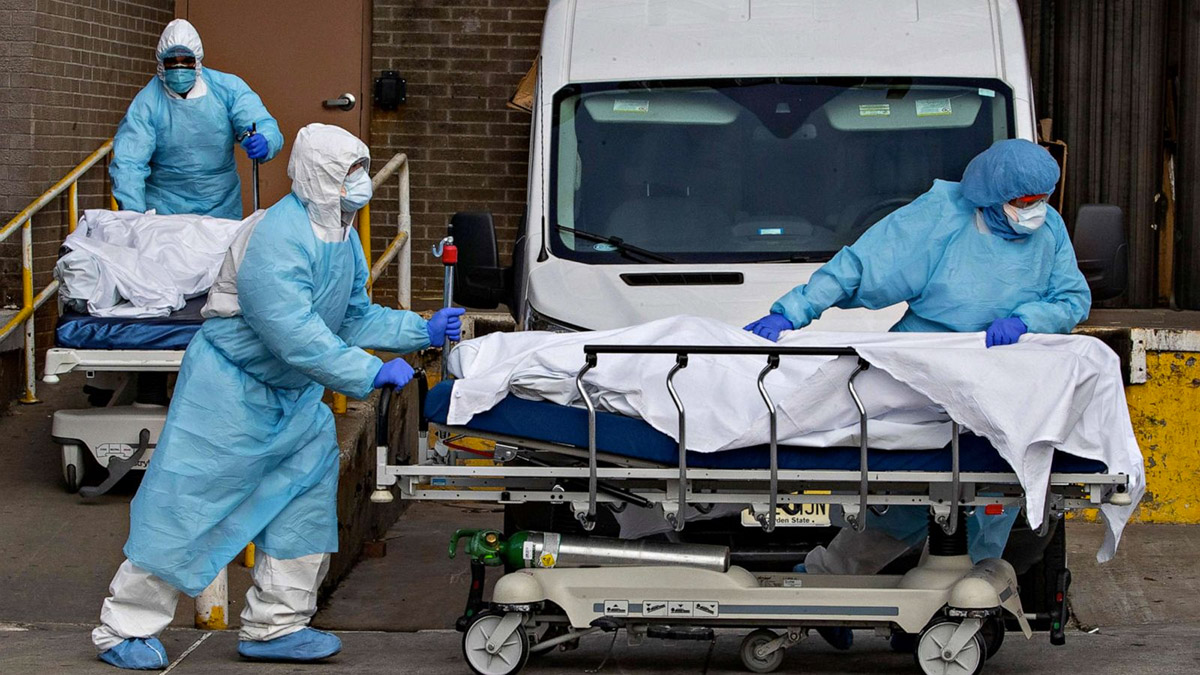 Well, this is certainly alarming.

The United States could see up to 3,000 COVID-19 deaths and 200,000 new cases PER DAY by June 1st, according to a leaked CDC report obtained by a number of newspapers, including the New York Times and the Washington Post.

This is incredibly shocking considering the number of new cases at this time is about 25,000 per day, while the daily death toll is just under 2,000 per day.

“The numbers underscore a sobering reality: while the United States has been hunkered down for the past seven weeks, not much has changed. And the reopening to the economy will make matters worse,” the Times reported.

An official from President Donald Trump’s administration confirmed the authenticity of the report, but cautioned that the numbers are simply projections at the moment.

When asked to comment, the White House said in a statement that the document hadn’t been reviewed by the coronavirus task force.

“This is not a White House document nor has it been presented to the Coronavirus Task Force or gone through interagency vetting,” Deputy White House press secretary Judd Deere said.

Deere’s statement continued: “The President’s phased guidelines to open up America again are a scientific driven approach that the top health and infectious disease experts in the federal government agreed with.

“The health of the American people remains President Trump’s top priority and that will continue as we monitor the efforts by states to ease restrictions.”

The increased estimates come as dozens of U.S. states—including South Carolina, Georgia, West Virginia, Florida, Colorado, Indiana and many other—have eased COVID-19 restrictions and after many Americans spent the past weekend outside protesting or enjoying the spring weather at parks and on beaches.

The new projections make it painfully clear that all of these states re-opening could put many Americans in danger.

“It’s simple logic,” CNN’s senior medical correspondent Elizabeth Cohen said. “When you tell people, ‘Hey, you can go to bars, you can get your nails done, you can go to a restaurant,’ those numbers are going to go up.”

Trump said during a Fox News virtual townhall over the weekend that people should go back to parks and beaches as long as they maintain social distancing.

“Certain states are going to have to take a little more time in getting open, and they’re doing that.  Some states, I think, frankly, aren’t going fast enough. I mean, you have some states that — Virginia, they want to close down until the middle of — middle of June,” he said.

“And a lot of things that they’re doing — I really believe you can go to parks, you can go to beaches.  You keep it — you know, you keep the spread, you keep — you stay away a certain amount.”

Earlier in the week, the president ordered workers to return to meat plants, where the virus is spreading like wildfire because workers are basically shoulder-to-shoulder as they package products along fast-moving production lines.

The close quarters of workers at meatpacking facilities have caused the virus to spread more rapidly in small rural towns where those plants are located, compared to New York, which was the worst-hit state during the pandemic’s early stages.

Over 67,000 Americans have died from COVID-19 so far and nearly 1.2 million have been infected, according to data from Johns Hopkins University.