GOSSIPONTHIS.COM News Trump Says He Was Being “Sarcastic” About Injecting People With Disinfectant to... 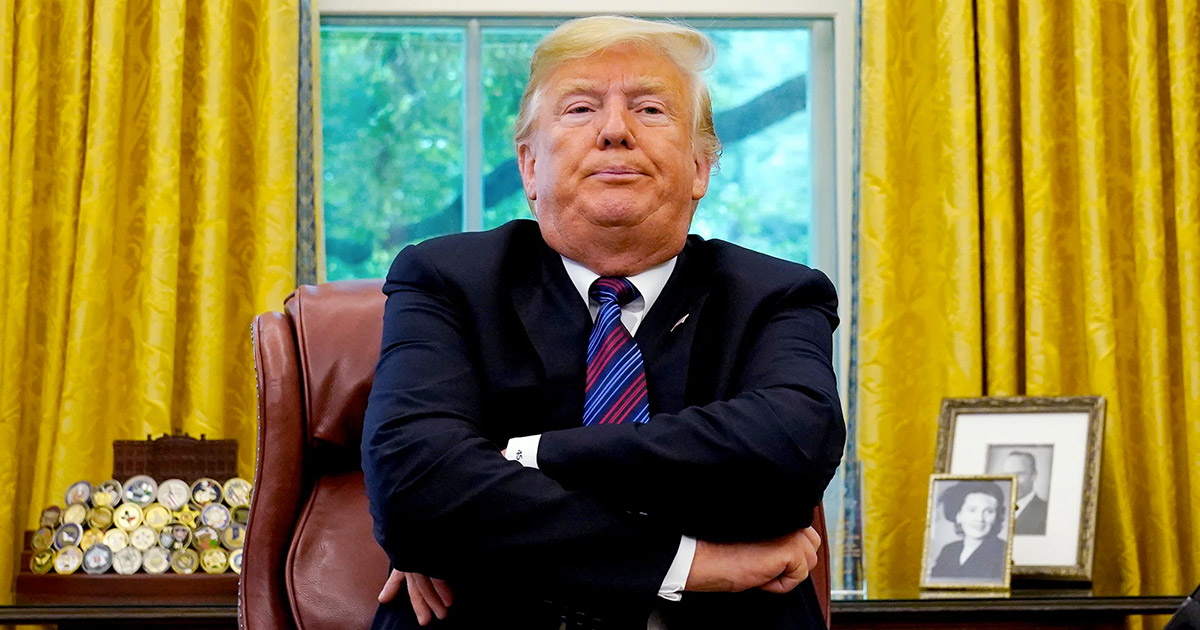 After facing backlash for insanely suggesting that scientists should look into injecting actual human beings with disinfectant as a possible treatment for COVID-19, President Donald Trump now says that he was being “sarcastic” and wanted to “see what would happen.”

During a live briefing Thursday (Apr. 23) on the coronavirus, Trump proposed using “powerful” UV rays and injections of cleaning agents as possible treatments for COVID-19 patients.

He made the bizarre comments after Bill Bryan, the Science Director for the Dept. of Homeland Security, gave a presentation about how recent tests have shown that increased levels of sunlight, ultraviolet (UV) rays, and even humidity caused the coronavirus to die off quickly, potentially reducing its potency in the upcoming summer months.

“Supposing we hit the body with a tremendous, whether it’s ultraviolet or just very powerful light? And I think you said, that hasn’t been checked, but you’re going to test it,” Trump said before adding: “And then I said supposing you brought the light inside the body which you can do either through the skin or in some other way. And I think you said you’re going to test that too. Sounds interesting.”

He continued: “And then I see the disinfectant, where it knocks it out in a minute, one minute, and is there a way we can do something like that? By injection inside or almost a cleaning. As you see it gets in the lungs, and it does a tremendous number on the lungs. So it would be interesting to check that … You’re going to have to use medical doctors. But it sounds interesting to me.”

But on Friday (Apr. 24), Trump said he was just joking … on live television … in front of the world … during a global pandemic.

“I was asking a question sarcastically to reporters like you just to see what would happen,” the President said early Friday afternoon, just as the coronavirus death toll in the U.S. surpassed 50,000.

#BREAKING: President Trump says remarks about heat, light, disinfectant were sarcastic: "I was asking a question sarcastically to reporters like you just to see what would happen." https://t.co/lPysHfFKBb pic.twitter.com/mtY7dZgNnj

Trump’s explanation drew skepticism among those who watched the briefing, including Fox News anchor Bret Baier.

“It didn’t seem like it was coming off as sarcastic when he was talking and turning to Dr. Birx on the side,” Baier said on-air Friday after Trump’s walk-back was reported.

Trump’s batshit crazy comments during the briefing were enough to warrant responses from doctors and the makers of Clorox and Lysol, who all were forced to warn people not to consume bleach or disinfectants as suggested by the President.

“Due to recent speculation and social media activity, RB (the makers of Lysol and Dettol) has been asked whether internal administration of disinfectants may be appropriate for investigation or use as a treatment for coronavirus (SARS-CoV-2),”

As a global leader in health and hygiene products, we must be clear that under no circumstance should our disinfectant products be administered into the human body (through injection, ingestion or any other route),” Reckitt Benckiser, the company that makes Lysol and Dettol, said in a statement.

“As with all products, our disinfectant and hygiene products should only be used as intended and in line with usage guidelines. Please read the label and safety information.”

A Clorox spokesperson said in a statement: “Bleach and other disinfectants are not suitable for consumption or injection under any circumstances. People should always read the label for proper usage instructions.”

The statement from Clorox added that disinfecting surfaces with bleach and other disinfecting products is one of the ways to help stop the spread of COVID-19, according to the Centers for Disease Control.