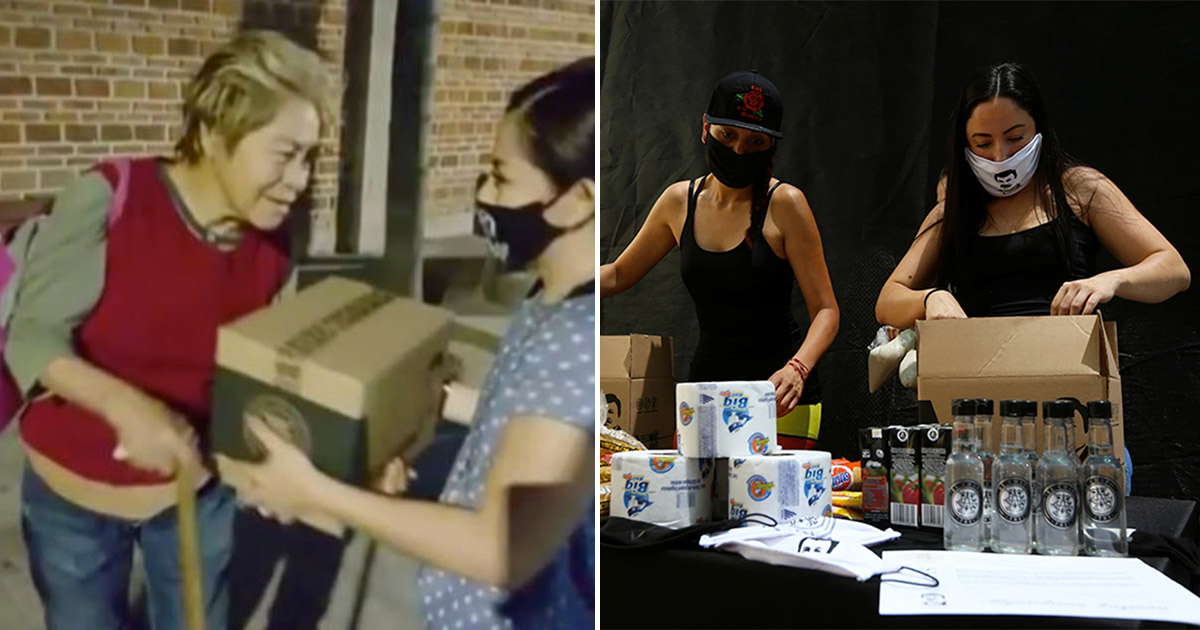 A daughter of notorious kingpin Joaquin “El Chapo” Guzmán is doing her part to help elderly people in Guadalajara, Mexico who have been impacted by the coronavirus pandemic.

Guzmán and her workers later visited various poor neighborhoods throughout Guadalajara to deliver the coronavirus aid packages, which are labeled with El Chapo’s image.

“You have toilet paper. There are flavored cornstarches. There is also seasoning for noodle soups and noodle soups,” she said in the video, which was initially streamed via Facebook Live. “We have three different types of soups. There are crackers, oil, sugar, beans and rice, too.”

Guzmán said her goal was to focus on reaching out to Guadalajara’s aging population, who have been severely affected by the pandemic.

Alejandrina—who is believed to be El Chapo’s eldest daughter—officially launched her fashion line named after her father, “El Chapo 701,” the day before he was sentenced to life in prison after a U.S. court convicted him of drug trafficking, conspiracy and firearms charges.

The inspiration for the brand’s name comes from a 2009 Forbes listing that ranked El Chapo the 701st richest person in the world with an estimated net worth of $1 billion.

During his heyday as the leader of the Sinaloa Cartel, El Chapo was known for distributing his massive billion dollar fortune to the poor in his hometown. And now his daughter is doing the same thing, but with legal money this time.

Alejandrina is using her earnings from El Chapo 701, which legally sells clothing and liquor with the drug lord’s likeness, to supply the elderly with things they need to help them survive during the pandemic, which has severely weakened Mexico’s economy.

Mexico is on its way into a deep recession with 486 COVID-19 deaths reported so far and 6,300 confirmed cases, up from around 1,200 cases at the beginning of the month.

As the number of cases rises, infamously violent Mexican cartels have also been stepping up and joining in the aid efforts, as seen in photos posted to social media showing gang members distributing care packages.

Although they are infamous for their brutality, the cartels also have a history of winning over hearts and minds of the impoverished communities where they operate.

Joaquin “El Chapo” Guzmán is serving his life sentence in a “Supermax” prison in Colorado.