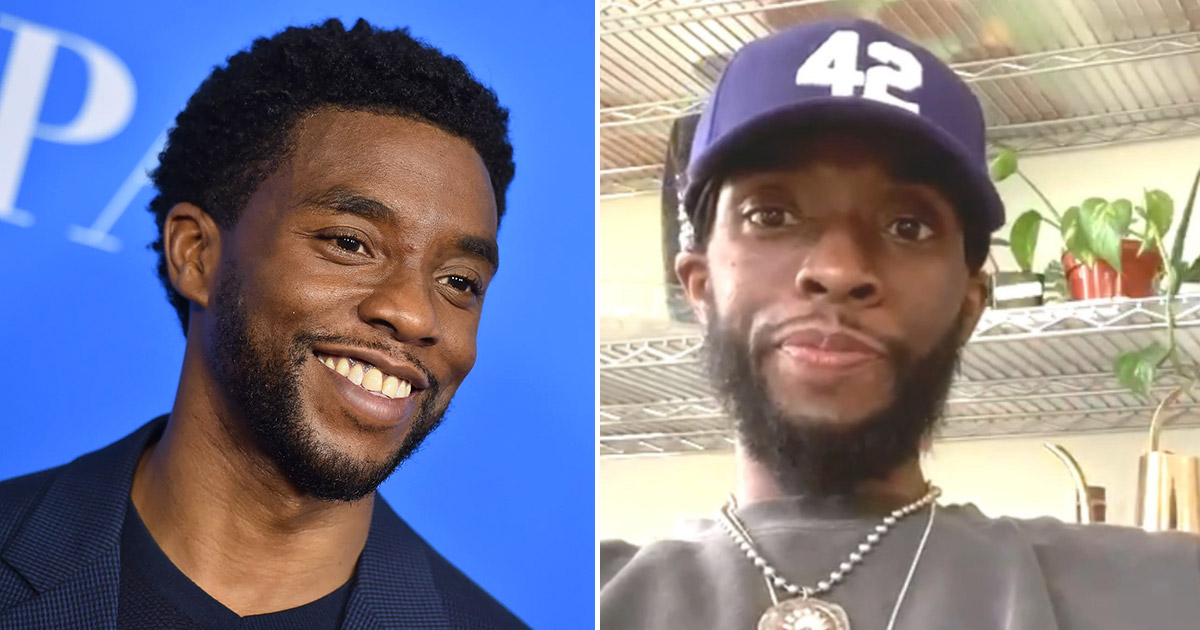 Is Chadwick Boseman OK? That’s a question many fans are asking after the actor posted a video on social media showing that he’s lost a LOT of weight.

In honor of Jackie Robinson Day, the “Black Panther” star—who played Jackie Robinson in the 2013 biopic “42”—took to Instagram Wednesday night (Apr. 15) to announce the launch of “Operation 42,” an initiative to help hospitals serving African American communities that have been hit the hardest by the coronavirus pandemic.

However, fans were paying more attention to the 42-year-old’s super skinny and gaunt appearance than his message.

“I hope your okay, your appearance has changed,” one follower wrote.

“Dude, I’m all in for this, but please reassure your fan base about your health ’cause even I am starting to be kinda worried,” wrote another.

It isn’t clear whether Boseman’s dramatic weight loss is for an upcoming role, as he’s slated to appear in a sci-fi TV series called The Black Child later this year and “Black Panther II,” which is scheduled for release in 2022.

Meanwhile, our friends over at MadameNoire might have an explanation for King T’Challa’s rapid weight loss:

“The actor’s look has actually been transforming for a while now if you’ve paid attention, with early changes happening ahead of the release of Black Panther. He has slowly been getting skinnier, while his hair has grown quite a bit, pretty much all over his head and face. People wondered over the months why he was letting himself get so lean, and there was plenty of conversation around his look at February’s NBA All-Star Game in Chicago.. The reason for all of this could be Chadwick’s more vegetarian-leaning diet that he picked up while prepping to play T’Challa.”

Social media influencer April Reign also weighed in on the discussion, saying that when she’s seen in him in person, he’s appeared to be “naturally thin.”

She added: “Perhaps many of the roles you remember him for require him to bulk up, but on the regular? He’s fine, y’all. And… he’s fine. Y’all.”

Having had the privilege of being in the same room with Chadwick Boseman a few times, my experience is that he’s naturally thin. Perhaps many of the roles you remember him for require him to bulk up, but on the regular?

For what it’s worth, prior to the COVID-19 pandemic, Chadwick was preparing for a role as African samurai “Yasuke,” who Deadline described as a former slave and native of Portuguese Mozambique who became “the first African samurai to swing a sword in Japan” … which could also explain the actor’s skinny appearance.

So it looks like all is well with Chadwick Boseman and fans shouldn’t worry too much.