GOSSIPONTHIS.COM Celebs LHHATL’s Kirk Frost & Rasheeda Laugh Off Rumors He Adopted Her When... 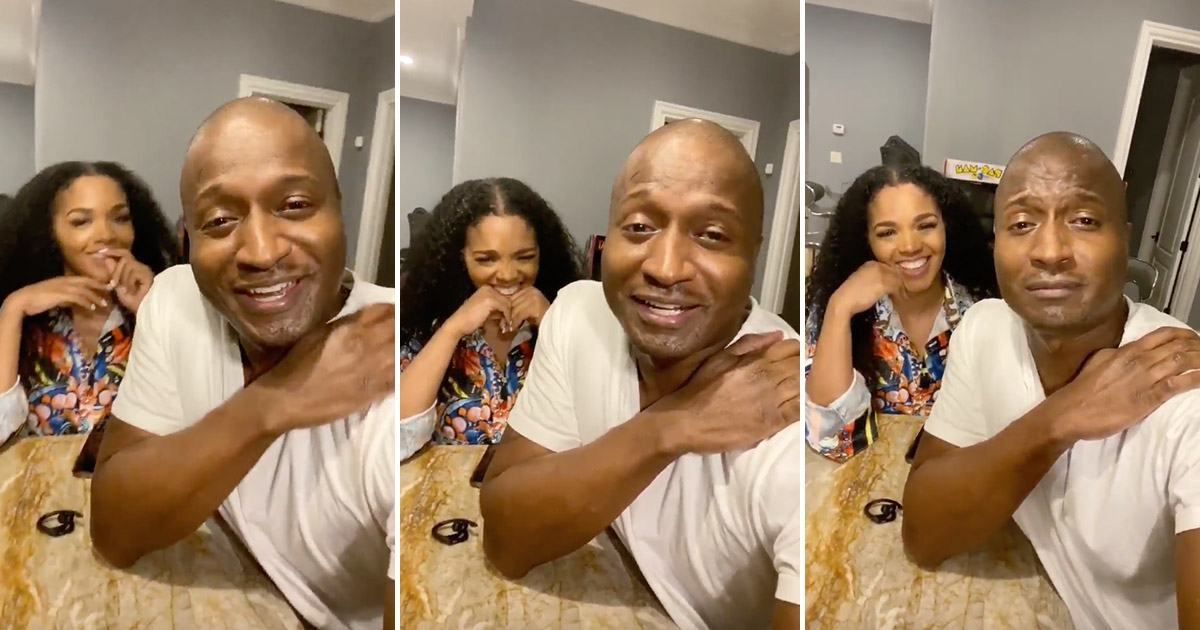 Love & Hip Hop Atlanta stars Kirk and Rasheeda Frost have been married for 20 years, and we’ve been along for the ride for nearly half of that, thanks to the popular reality show—Kirk’s infidelity, his side baby, all of that.

Now, there’s a wild rumor spreading like wildfire on social media saying that Kirk and Rasheeda’s relationship may have possibly started as an alleged statutory abuse case.

According to a Twitter post from a user who refers to themselves as “bootleg conspiracy theorist,” Rasheeda was adopted by Kirk when she was just 15 years old, and then married him just two years later when she was 17 … and he was 30!

Kirk adopted Rasheeda when shorty was 15…started having relations with her as a legal parent.. married her at 17 while he was 30. They been together for 20 years. He has 7 kids, 2 are hers. Why nobody compare him to Robert Kelly?

The speculation started back in 2018 ago via a vlog from popular YouTuber Tasha K, who at the time shared an “exclusive” story detailing how Rasheeda went from Kirk’s teenage side to lover to his stepdaughter to his wife all in the span of two years.

Adding even more fuel to the fire is the fact that Rasheeda’s Wikipedia page says she’s 37 years old … and if she and Kirk have been together for 20 years, then the timeline definitely adds up.

But according to Kirk and Rasheeda, the “adoption and teen wedding” rumors are simply NOT true.

Rasheeda took to Twitter Wednesday afternoon (Apr. 15) to debunk them first, saying that she didn’t even know Kirk when she was 15 and “wasn’t thinkin bout gettin married @ 17.”

Kirk later took to Twitter himself, posting a video of him and Rasheeda literally laughing the rumors off.

“For all the people who’s minding MY business,” he started. “First of all … I ain’t f**king adopted Rasheeda. I don’t even answer to stupid sh*t, but since y’all on some stupid sh*t, I’m not interested in adopting Rasheeda. I would definitely not be marrying nobody … at 17? And I’m 31? Grow up!”

Rasheeda added with a laugh, “I have a son who’s 19” as Kirk continued: “And for the record, I’m gonna tell nobody’s age … but trust me, I’m not interested in marrying a f**king minor. So y’all got me f**ked up.”

Kirk then signed off with this: “I’m not into young bitches … grow up!”