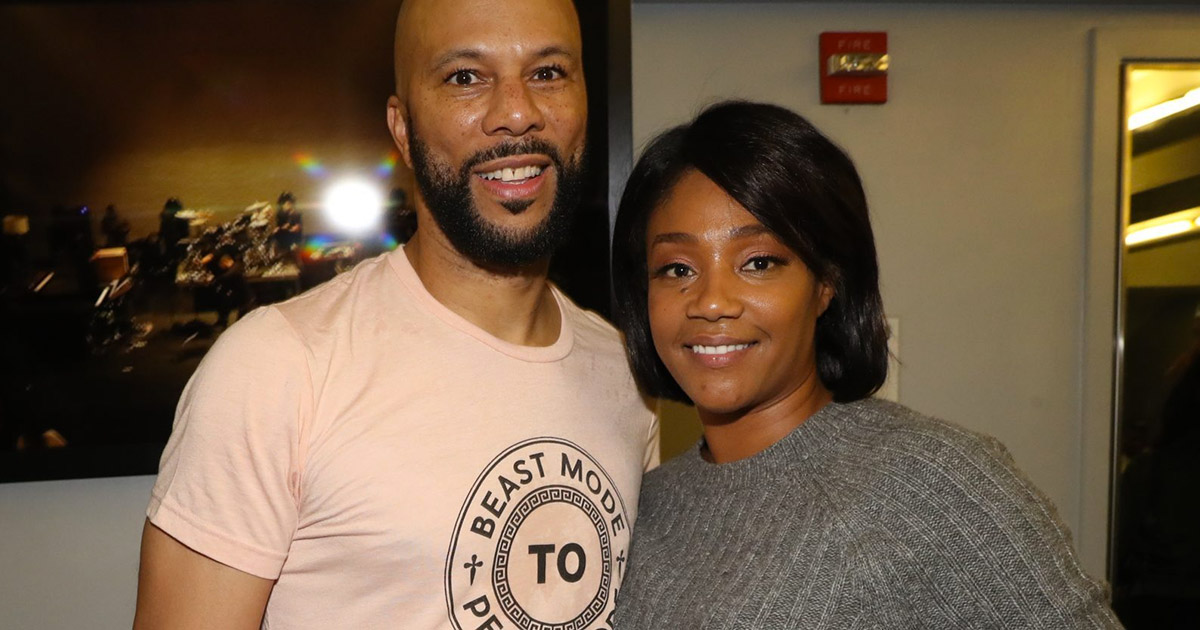 After continuing to deny the rumors, there’s now more evidence that Tiffany Haddish and Common are a couple … or at least more than “just friends.”

Over the weekend, Haddish made an appearance during Cedric the Entertainer’s virtual Heal Through Laughter event, a fundraiser for COVID-19 relief.

Haddish revealed that she was not quarantining alone and fans noticed Common roaming in the background.

The musician eventually crashed Haddish’s segment to speak to Cedric and thank him for keeping us laughing during this time.

As he left the frame, Haddish looked into the camera, winked and stuck out her tongue, as if to say “Yea, that’s what I’m doing,” with the gesture.

Haddish and Common have been seen together at many events over the past few months. Tina Knowles-Lawson even called the two a “beautiful couple” on social media.

“He’s my friend. He been my friend for a while,” Haddish said on The Real a few weeks ago. “But if he wants to date me, I will date him!” she added.

The two “friends” may not be ready to officially go public with their relationship though, because Haddish has recently stated that she will not share as much about her personal/romantic life as much as she has in the past.