GOSSIPONTHIS.COM Celebs Boosie Says on Instagram Live He Smokes Weed Around His Kids &... 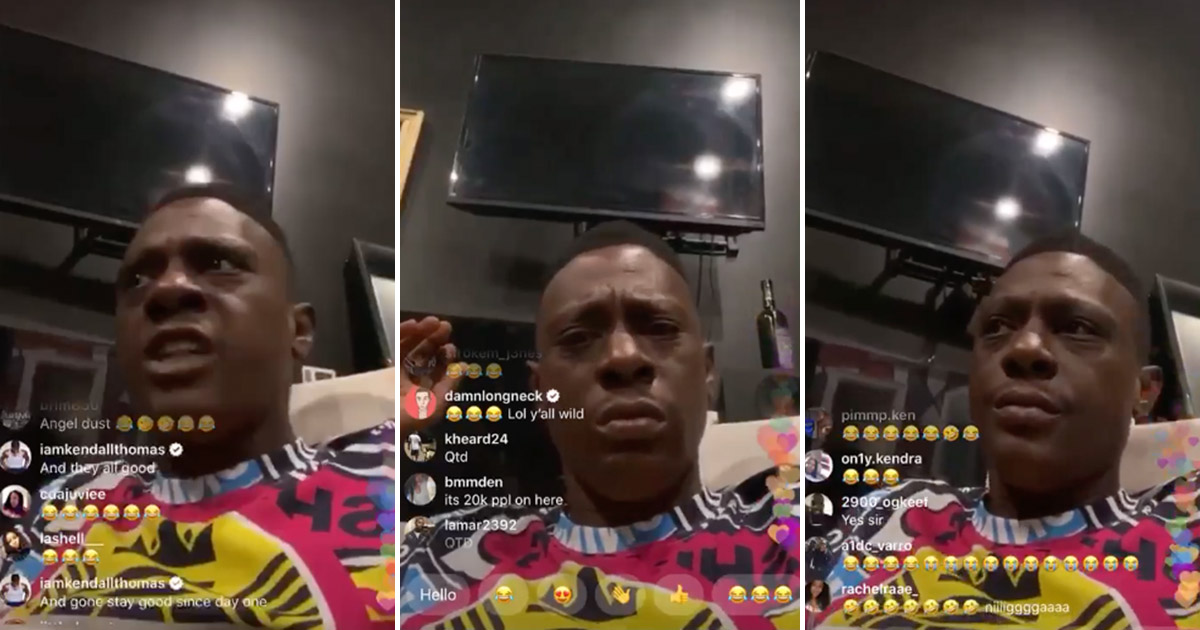 Lil Boosie smokes weed and pops pills around his kids and could give a f**k less what anyone thinks about it.

During a recent Instagram Live session, Boosie spazzed out when a fan criticized him for smoking weed in front of his children.

The “Wipe Me Down” rapper instantly “set this bitch off” on the fan, making it crystal clear that he has been and will always smoke weed around his kids.

Boosie also admitted to popping pills in front of his seeds and being high off pills and angel dust when he first saw them at the hospital when they were born.

“I went and got them, full of pills and angel dust,” he added. What else you want to know?”

Despite being around all the weed smoke, Boosie says his kids are damn smart and are on the A/B Honor Roll. He suggests other parents should follow in his footsteps and do the same.

Boosie also accused the same people calling him out of doing sexual favors in front of their kids.

It’s clear at this point … Boosie has absolutely nothing to hide.

One thing you can always expect from Boosie is the raw and uncut. This man doesn’t care what he says or who it offends.