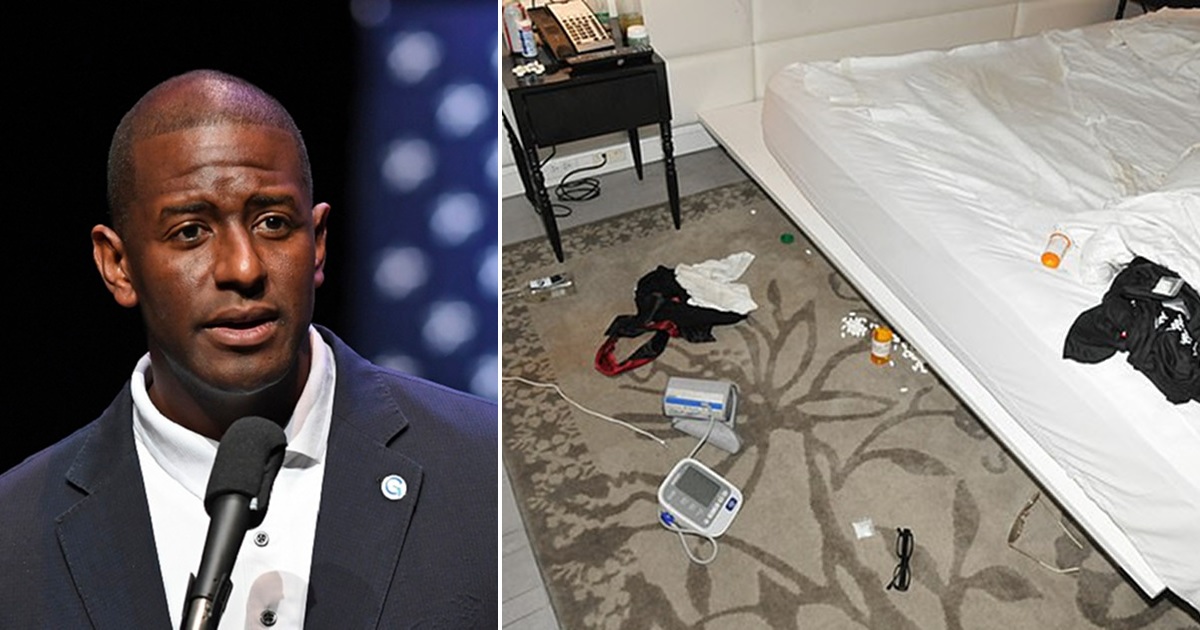 A picture is worth a thousand words.

And, unfortunately, pictures are painting a gruesome story of what went down in the hotel room that caused rising politician Andrew Gillum to enter rehab and left a male escort overdosing.

Crystal meth, prescription pills, several bottles of alcohol, and even a drug for erectile dysfunction were all found in the Miami hotel room Gillum and escort Travis Dyson were found in last Friday morning (Mar. 13).

Through the Freedom of Information Act, The Daily Mail has obtained several police photos from the scene.

One unverified photo appears to show Gillum naked and passed out and towels covered in vomit.

The 4-star South Beach hotel room was trashed when police arrived. Vomit and sheets covered with bodily fluids were sprawled throughout the room.

An injectable medicine used to treat erectile dysfunction (which shouldn’t be mixed with alcohol) was also found in the room. 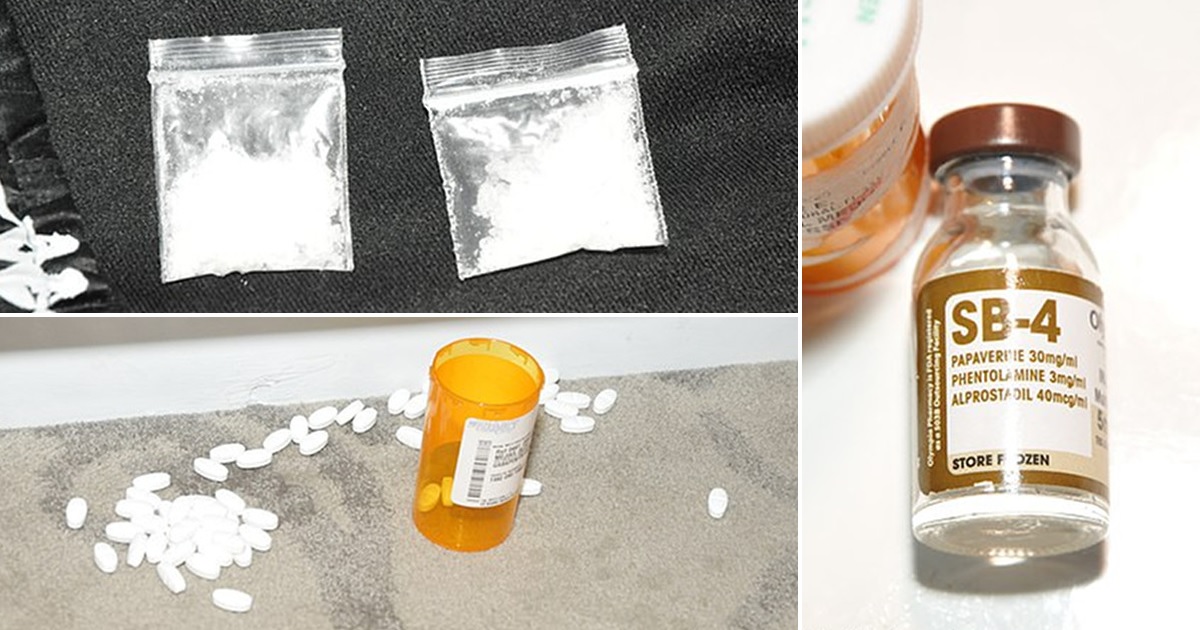 Police were called to the troubling scene after being notified of someone in cardiac arrest. When they arrived, paramedics were treating Dyson, 30, for “a suspected drug overdose.”

Officers tried to speak with Gillum, 40, but he was too “inebriated” to give them any information about what went down. He was sent home and is not expected to face any charges.

Gillum later publicly stated that he did NOT do any meth during the incident.

The politician and escort’s wild night took a dramatic turn when Aldo Mejias knocked on the hotel door late Thursday night and saw Dyson passed out on the bed, while Gillum was vomiting in the bathroom.

Mejias called 911 when Dyson began struggling to breathe and he couldn’t wake him up.

Mejias told police that Dyson and Gillum were both “under the influence of an unknown substance” when he arrived.

Gillum—who ran a close race for the governor of Florida in 2018 and has been touted as a potential 2020 Democratic vice presidential candidate—has since entered rehab for alcohol abuse.

“After conversation with my family and deep reflection, I have made the decision to seek help, guidance and enter a rehabilitation facility at this time…This has been a wake-up call for me. Since my race for governor ended, I fell into a depression that has led to alcohol abuse.”

The former Tallahassee mayor and father of three announced that he is stepping down from “all public facing roles” and apologized to his family and supporters.

“I want to apologize to my family, friends and the people of Florida who have supported me and put their faith in me over the years,” he said. 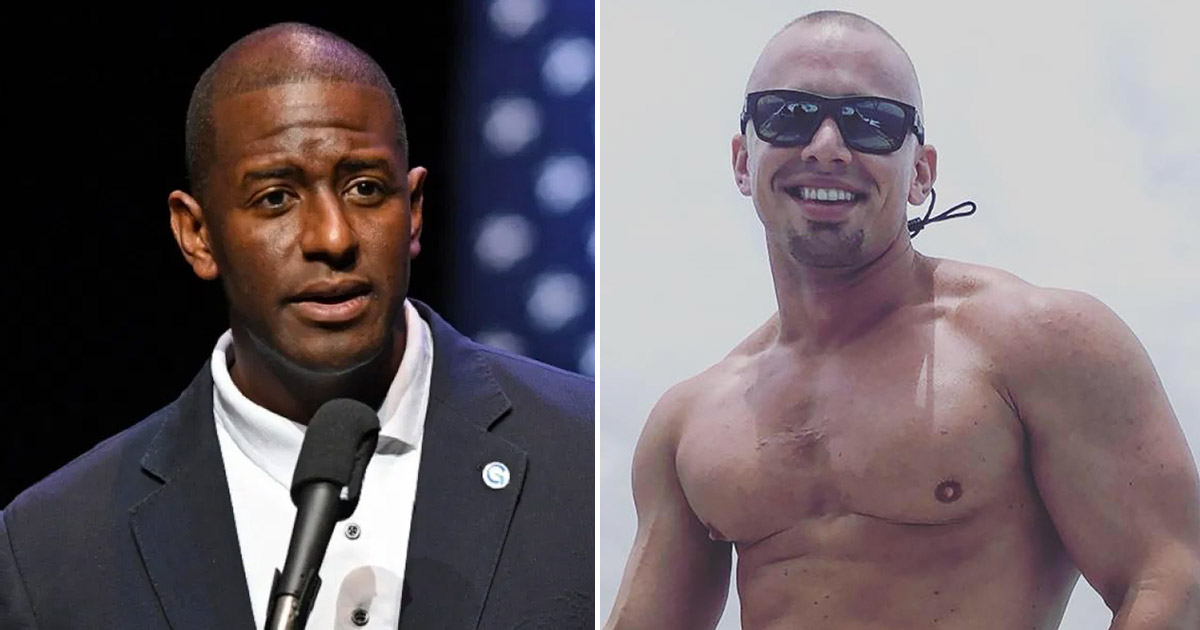 Although Gillum has stated that he was in Miami for a wedding, Dyson told reporters that he’s known Gillum “for a while” and was not aware of any wedding.

Much is still unknown of what exactly transpired in that hotel room, but these shocking photos are filling in some of the gaps.

Hopefully, Gillum and all parties involved get the help they need to work through this matter.

Police currently have no plans to charge Gillum or Dyson.