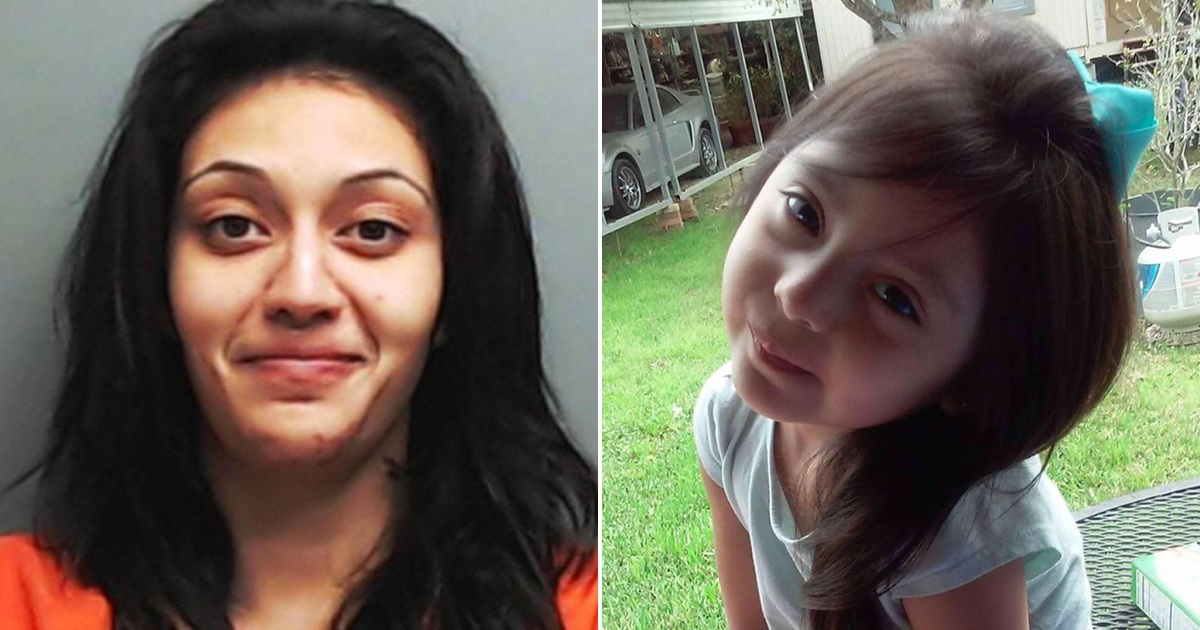 A mother in Texas has been sentenced to life in prison without the possibility of parole after being found guilty of killing her 5-year-old daughter and stabbing her father-in-law.

27-year-old Krystle Villanueva was convicted of capital murder of a child younger than 10 and aggravated assault with a deadly weapon on Thursday (Mar. 5) in Hays County, Texas.

Villanueva was arrested on January 5th, 2017 after police were called to her Kyle, Texas home where she lived with her 5-year-old daughter, Giovanna Hernandez, the child’s father, and his parents.

Giovanna’s grandfather, Eustorgio Arellano, called 911 after Villanueva attacked him without warning and stabbed him in the back and head. Arellano was able to escape, but Giovanna was left in the home with her mother.

A SWAT team arrived at the scene and proceeded as a hostage situation. However, they stormed the home after Villanueva told them via phone that she had killed her daughter because she “asked for cereal.”

Police found Giovanna in a bedroom “stabbed to death and decapitated.” Villanueva was freshly showered and nude in the front room of the home.

Villanueva’s defense team argued she was not guilty by reason of insanity, stating that she believed her daughter and father-in-law were clones.

“Ms. Villanueva claimed that, at the time of the attacks, she had been under the delusional belief that her daughter and her father-in-law had been replaced by clones and had to be killed to bring back her real family members.”

While Villanueva does have a history mental illness, the jury rejected the insanity plea after it was revealed that treatment of her mental health coincided with recreational drug use.

Villanueva also had alcohol and marijuana in her system at the time of her arrest.

“I’ve been in this line of work for over 43 years—1 years as a homicide detective,” Sheriff Gary Cutler told the Austin-American Statesman. “This is one of the worst cases I’ve ever seen and been a part of.”

“A case like this leaves an unforgettable mark on everyone involved, especially the child’s family,” added District Attorney Mau in a statement.

“Every law enforcement member who worked on this case will forever be traumatized by what Ms. Villanueva did to her innocent daughter.”