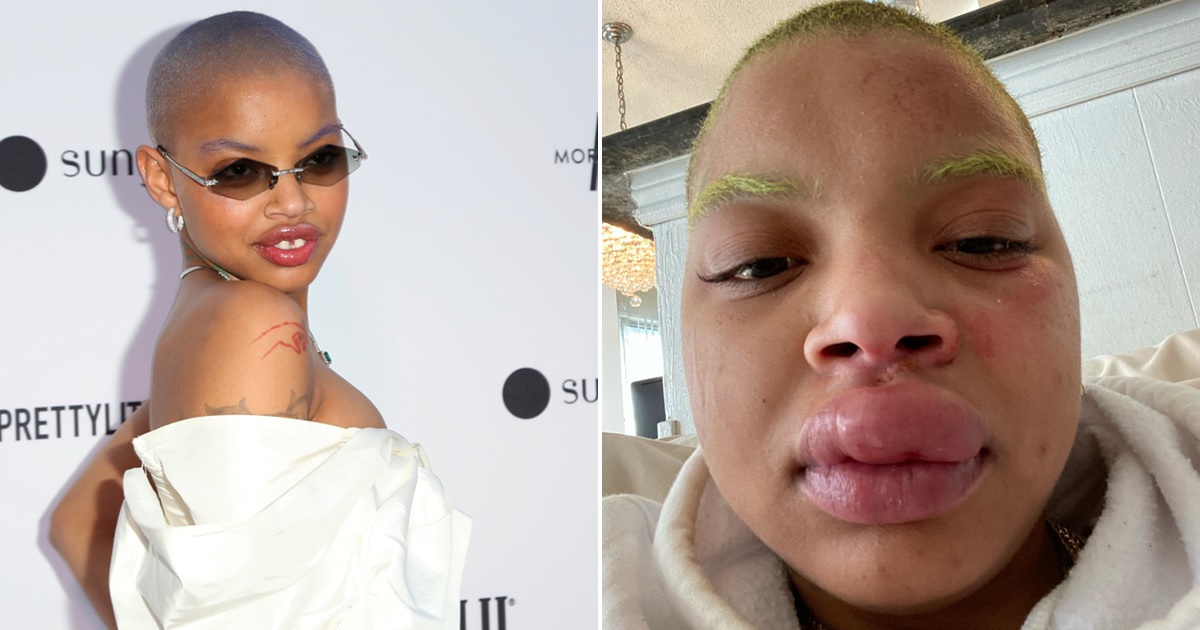 In an Instagram post of Tuesday (Feb. 18), Woods shared with her fans that she had suffered yet another seizure.

The seizure must have been severe because it left the model with a bruised and swollen face and swollen lips.

Celebrities and fans offered words of encouragement and suggestions to help with the seizures in the comment section.

“Babe you ok?! What do you need? Can I help in anyway? Wishing you well love,” Oscar nominee Cynthia Erivo asked.

Fans also encouraged the model to go vegan or change her diet, among other recommendations.

“Have you tried CBD oil? My daughter has seizures and it really helps,” one fan suggested.

Woods—who recently appeared on Love & Hip-Hop—revealed in November that she was diagnosed with stage 3 melanoma and had begun chemotherapy.

She suffered her first seizure in January in her sleep, which left her hospitalized. She had also previously shared that she had lost feeling in her legs and one of her hands and was briefly confined to a wheelchair.

Now that I’m feeling a million times better and walking again thanks @cheyalli for saving my life during an unexpected seizure in the middle of the night, man there’s so many people going through way worse #staygoofy

Our thoughts are with Woods as she continues to fight cancer and recovery from other health setbacks.