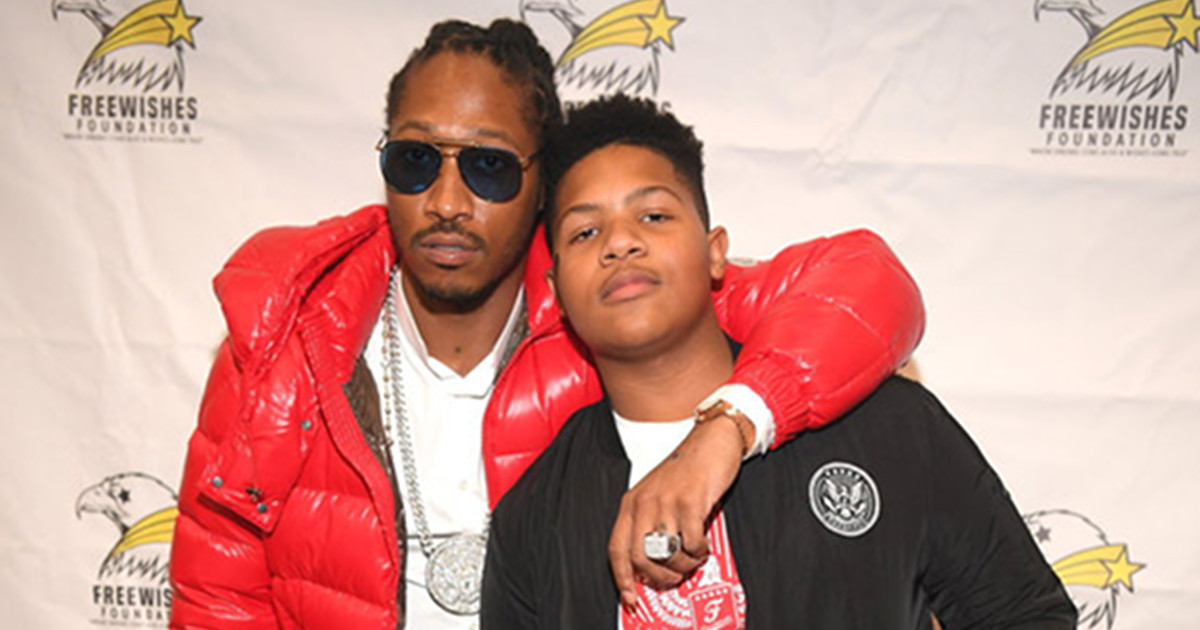 Future is often in the blogs due to the constant legal battles with his alleged baby mamas. Unfortunately, this time it’s one of his children that’s gotten the attention of law enforcement.

According to Georgia newspaper The Covington News, Wilburn was arrested on January 19th and charged with criminal use of an article with altered ID mark-possession of a firearm and giving a false name, address or birthdate to a law enforcement officer.

The altered ID firearm charge is because Wilburn was allegedly in possession of a gun with the serial numbers scratched off.

According to court documents obtained by Bossip, Wilburn was also charged with criminal gang activity and criminal trespass.

His arrest was part of a gang bust with several other co-defendants. No court date was listed in the documents

The 17-year-old could be charged as an adult under Georgia state law and could face between five to 20 years in prison from the gang activity charge alone, if convicted.

Despite his famous and wealthy father, Wilburn was listed as an “indigent” and assigned a public defender. The court made this determination based off of the teen’s income, not his father’s.

It’s unclear if Jakobi has had any run-ins with the law prior to this arrest.

The only other time his name appears in court documents was when is mother sued Future for more child support back in 2012.