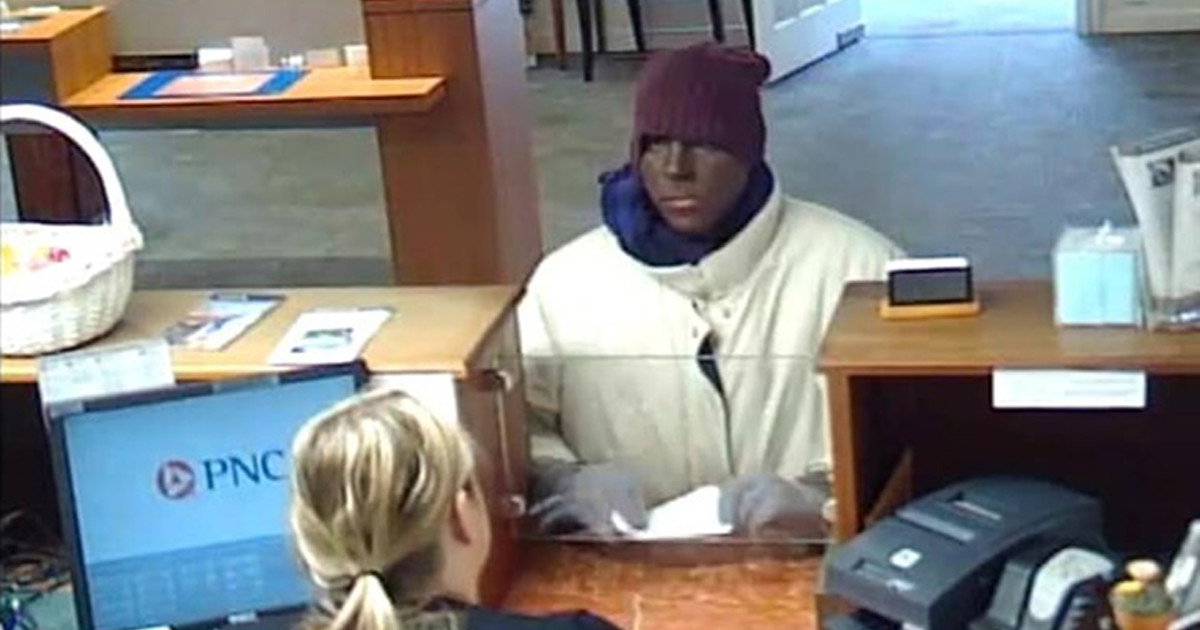 Want to get away with a crime? Just blame the black guy.

This was at least the warped logic of one white man who robbed a bank and attempted to obscure his identity not with a mask, but by wearing blackface.

Maryland police believe a white man robbed a PNC Bank on Tuesday (Jan. 28) instead of a black male despite the description the teller gave to police.

“We interviewed the teller, and the teller gave us a description of a black male, five-seven, five-eight, 180 pounds,” Perryville Police Chief Allen W. Miller said.

At the time, they had no reason to doubt the description and sent out an alert for the robber who left the bank in a Ford Focus getaway car.

But when police checked the surveillance footage, everything changed.

“They found out by looking at the glove area, between the glove area and the jacket, this was actually a white male we’re looking for. So initially, the call out was for a black male. It turned out to be a white male in a black face.”

The photo of the suspect in blackface has since gone viral. And though the robber is still at large, Miller says they have received several tips since in the past few days.

“We’re getting calls from all over,” Miller said before noting the stupidity of the robber.

“To cover his face, you know, the blackface and to not cover his hands—not a very smart character, but it’s not a matter of ‘if’ we’re going to catch him. It’s a matter of ‘when’. He’s by no means the smartest bank robber out there.”

Police did not reveal how much the robber stole from the bank. He handed the teller a note, she gave him the money in her drawer and he escaped.

Police believe he is a white male, around 5-foot-five and in his late 20s or early 30s.

There have been several other incidences of white criminals using blackface to commit crimes.