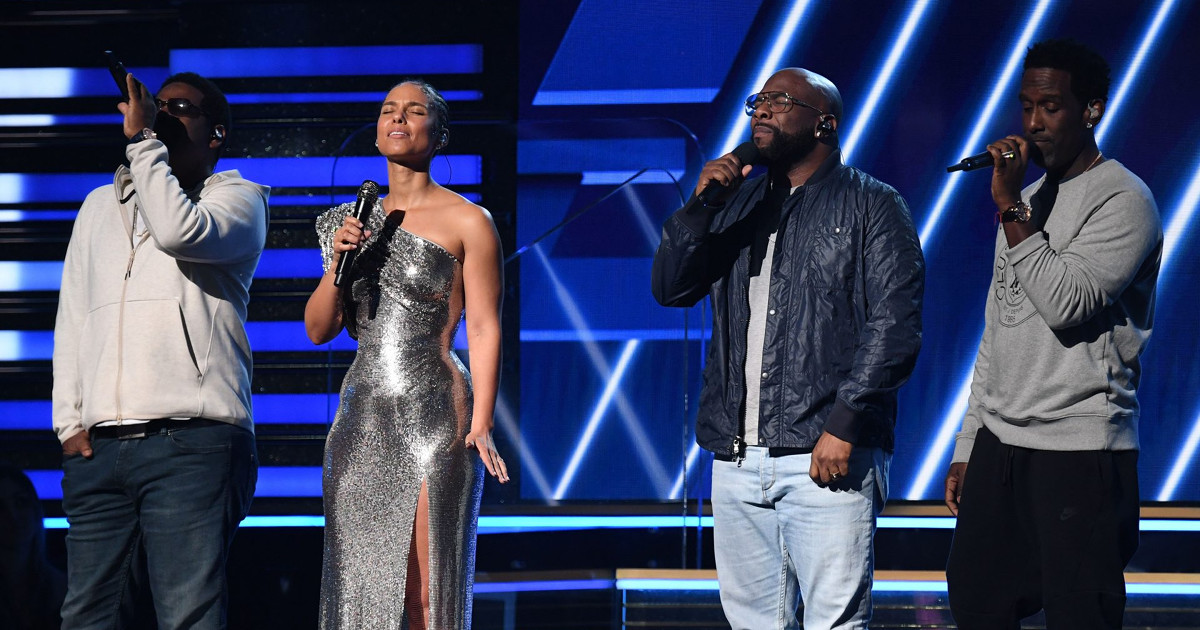 The 62nd Annual Grammy Awards are being held at the Staples Center in Los Angeles, just hours after the world learned of the tragic and unexpected passing of LA Lakers legend, Kobe Bryant.

Host Alicia Keys welcomed the solemn audience and viewers with heartfelt words to honor Bryant “in the house that Kobe Bryant built.”

She said in part:

“Right now Kobe and his daughter Gianna and all those who have been tragically lost today are in our spirits our hearts, our prayers. They’re in this building …We never imagined in a million years we’d have to start the show like this.”

She was then joined onstage by Boyz II Men and the all performed an a cappella version of “It’s So Hard to Say Goodbye” as spotlights were shown on Bryant’s Lakers jerseys.

USA Today also notes that flags were at half-mast at the Staples Center in remembrance of Bryant.