GOSSIPONTHIS.COM Celebs Gabrielle Union Claps Back at Terry Crews After He Threw Her Under... 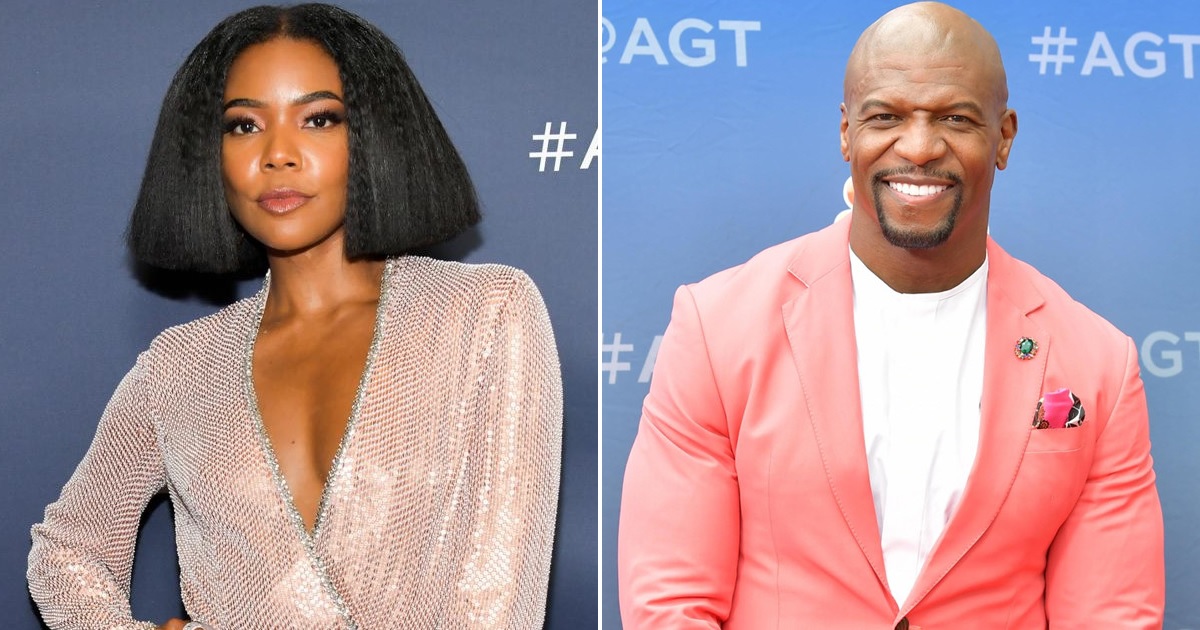 Gabrielle Union is not too happy with Terry Crews at the moment. In fact, she feels her former America’s Got Talent colleague just threw her under the bus.

In a series of tweets on Friday (Jan. 24), the actress seemingly responded to Crews’ recent comments in which he contradicted her allegations of racial insensitivity behind the scenes on the reality competition show.

“Truth telling, wanting change & having MULTIPLE witnesses who bravely came forward to let EVERYONE know I didn’t lie or exaggerate, really exposes those who enthusiastically will throw you under the bus, forgetting quickly who stepped up 4 THEIR truth.”

Thank u! Cuz girlllllll ? Truth telling, wanting change & having MULTIPLE witnesses who bravely came forward to let EVERYONE know I didn't lie or exaggerate, really exposes those who enthusiastically will throw you under the bus, forgetting quickly who stepped up 4 THEIR truth. https://t.co/X1uooWTpmK

Why anyone would gleefully get up on TV and tell lies that NO ONE disputed… But we already know. https://t.co/8MAfmzSgmI

Maaaaaan… We all agreed to let the investigation be completed before speaking but if we doing this… ohhhhh baby let's gooooooooooo!

Union’s tweets come one day after Crews defended his experience on AGT in multiple interviews, even going as far as to say that the competition show has the most diversity he’s seen on a set in his career.

“I can’t speak for sexism because I’m not a woman, but I can speak on behalf of any racism comments,” he said on the Today show.

“That was never my experience … in fact, it was the most diverse place I have ever been in my 20 years of entertainment.”

.@TerryCrews speaks out about Gabrielle Union leaving "America's Got Talent," after her claims of a toxic work environment.

"I can't speak for sexism…but I can speak on any racism comments. That was never my experience," he says. pic.twitter.com/XEoxn7gvWP

“When they talk about diversity, there was every bit of diversity on set, everywhere. I have never been in a more diverse place in 20 years of entertainment, so what can I say?” Crews added in a separate interview with Us Weekly.

In her indirect response on Friday, Union maintains that the diversity was lacking behind the camera.

Let's also talk about where the diversity is in the hair & makeup dept for contestants that DOES NOT reflect all that diversity that hits the stage. Let's Google the exec's that run the show & ask follow up ?? about THAT egregious lack of diversity. Let's discuss the facts https://t.co/w40qrBDac1

Because the initial November 2019 report of a toxic environment on the set of AGT involving racism and sexism had unnamed sources speaking on behalf of Union, Crews also explained his hesitation to offer support.

“When you look at what the allegations were about, it was given by an unnamed source…So I asked my wife what I should do. She was like, first of all, if it’s coming from an unnamed source, because Gabrielle Union has not made any statement to this day about any of these allegations publicly … if she hasn’t made a statement, why would you?” he said on Today.

The report Crews referenced actually had multiple unnamed sources, not just one, which Union made note of in her tweets.

When it was announced that Union and Julianne Hough had not been asked to return as judges on America’s Got Talent, sources revealed that Union had repeatedly expressed concerns of a racist and sexist working environment and that speaking up had contributed to her firing.

Union had been told that her hairstyles were “too black” for audiences, Jay Leno made a racist joke while on set, and Union and Hough received “excessive notes” regarding their appearance.

Union was especially disappointed in Crews’ lack of public support given that she publicly supported him after revealing his own #MeToo experience of being groped by a male agent.

Crews was one of the first men to come forward about being sexually harassed in the entertainment industry and was saddened that many of his peers did not stand by him as he shared his experience and took legal action.

Crews also became a trending topic on Twitter due to his comments contradicting Union and not offering the same support she offered him.

“Terry Crews received so much love and support from Black women. It’s bullshit the way he is tap dancing and throwing Gabrielle Union under the bus,” one user tweeted.

Beyond disappointing. Terry Crews could have spoken to his experience without going overboard to discredit @itsgabrielleu. BTW, I didn’t have to know Terry Crews or see what happened to him to support him. Sadly, black women are used to this. https://t.co/2uuQ4Yr6oG

Terry Crews is big trash. I don't feel bad about laughing at that tweet that said he looked like a chewed up Tootsie Roll in that pic with his shirt off now.

It’s so sick that Black women & Black queers rolled up for Terry Crews while his cishet male peers shitted on him hard for his trauma & at his 1st opportunities he threw queer ppl & BW right under the bus for his comfort in patriarchy, etc. Not even for his survival… COMFORT

Terry Crews received so much love and support from Black women. It's bullshit the way he is tap dancing and throwing Gabrielle Union under the bus.

I rode hard for Terry Crews when he came forward with his story. I wrote about it a lot, putting his abuser on blast. This latest turn of events makes me sad.