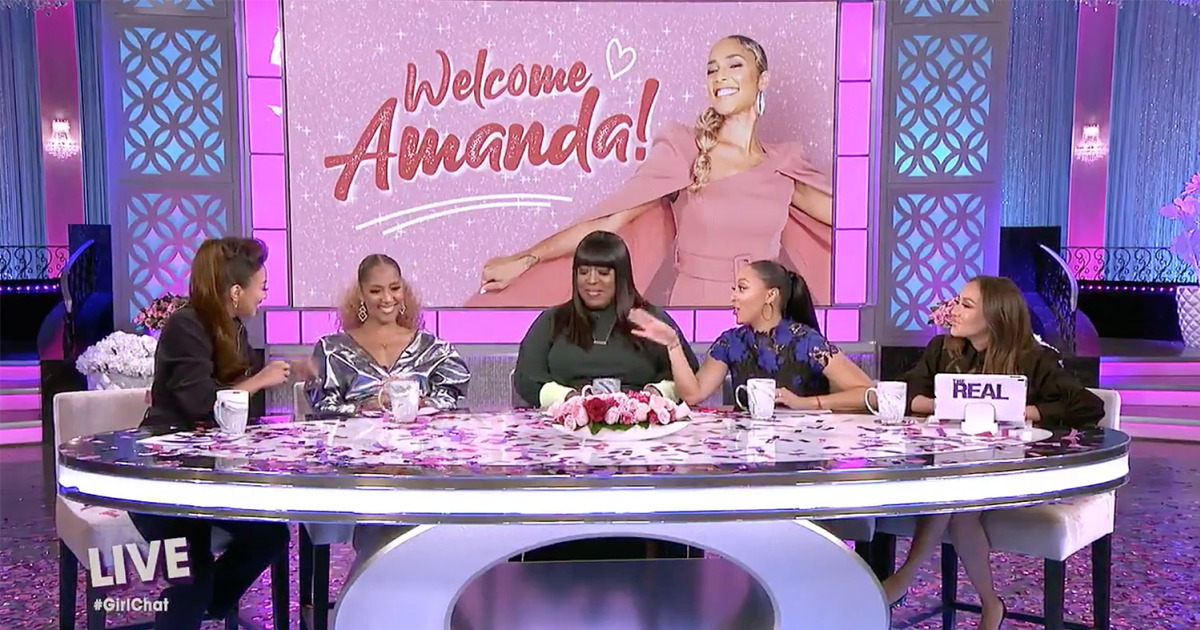 Daytime’s worst kept secret was finally shared with the world today (Jan. 6): Amanda Seales is the new co-host of The Real.

Adrienne Bailon, Loni Love, Jeannie Mai, and Tamera Mowry kicked off 2020 by welcoming Seales to the table as a permanent co-host.

“Please welcome the newest member of our family,” Love announced after noting the new seating arrangement and listing Seales’ accomplishments and credits.

The comedian and actress walked out to confetti and cheers from the audience and her new colleagues.

“I’m tripping right now,” she said when asked how it feels to have a permanent seat at the table.

And then she became emotional. “I didn’t expect to cry; I’m a G,” she said.

A frequent guest co-host, Seales revealed how freeing it was to be herself on the show and to have her voice heard without having to second-guess herself.

“[W]e are in a business and in a town where you are being scrutinized so much, and it’s always like, ‘You gotta play the game.’

“To be able to have the honor of bringing my voice into that means a lot to me.”

A few weeks before the new year and before The Real went on its holiday hiatus, it was widely reported that Seales would be joining the panel. However, there was never an official confirmation or announcement until today.

This will mark the first time The Real has had a permanent fifth co-host since 2016, when original co-host Tamar Braxton was abruptly fired from the show.

Braxton has been vocal about her contentious dismissal and no longer speaks with her former co-hosts.