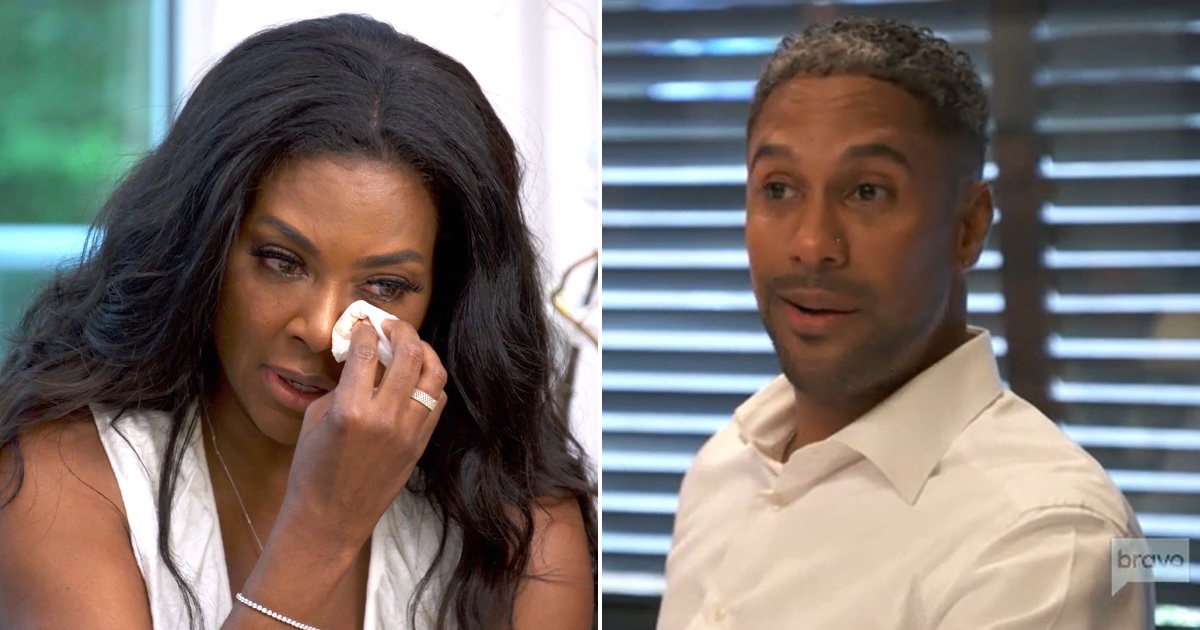 Kenya Moore and husband Marc Daly confirmed their separation a few months ago, but Real Housewives of Atlanta producers are working hard to get them back together—for reunion show purposes only, of course.

Kenya’s return to the show and Marc’s first full RHOA season has unfortunately captured the breakdown of their relationship.

A source tells Radar Online that producers are hoping Marc agrees to show up for the reunion taping and openly discuss the strained marriage.

Daly has reportedly been critical of RHOA, even refusing to appear on the reality show when he first married Kenya. Getting him to the reunion may not be an easy feat.

“Marc wants nothing to do with Kenya, he’s over the show, he’s over the marriage,” the source said, also revealing that producers have yet to offer him a deal to tape the reunion with the other RHOA husbands.

“If Marc shows up it will be the most dramatic reunion ever because Marc loves NeNe,” the source continued.

NeNe Leakes—Kenya’s RHOA foe—reportedly likes Marc and has no issues with him. In fact, it’s also been reported that Marc reached out to Nene and husband Gregg Leakes for marriage advice.

After two years of marriage, Kenya and Marc announced their separation in September, citing “recent and ongoing circumstances.” They reportedly split following an explosive argument at a charity event which was captured by RHOA cameras.

The estranged couple has yet to file for divorce or legal separation.

Kenya recently stated that she and Marc are cordial and focused on co-parenting their 1-year-old daughter, Brooklyn.