GOSSIPONTHIS.COM Celebs WATCH: Trina Pops All the Way Off on White Walmart Customer Who... 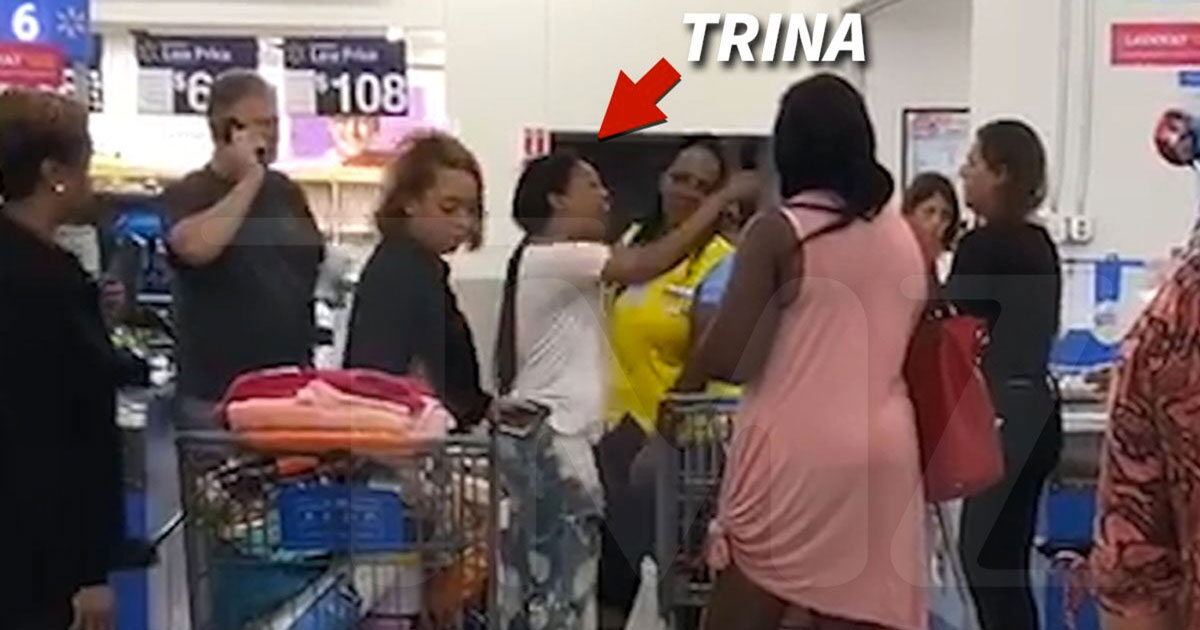 A Walmart shopper is hella lucky she walked away relatively unscathed after she called Trina the n-word right to her face!

Video footage has surfaced showing the Miami-based rapper going all the way off on a White woman inside a Walmart located in Copper City, Florida.

According to TMZ, witnesses say Trina popped off after the woman told her “Watch out, you n***er bitch!” after they bumped into each other in an aisle.

Another shopper recorded the aftermath, which shows Trina screaming at the woman, telling her: “Say it again you dirty-ass bitch! I am a nigga … I am a nigga bitch!”

Someone called 911, and when police arrived, Trina reportedly declined to file a report and was safely escorted out of the store by officers.

Police didn’t speak to the other woman in the incident, TMZ reported.