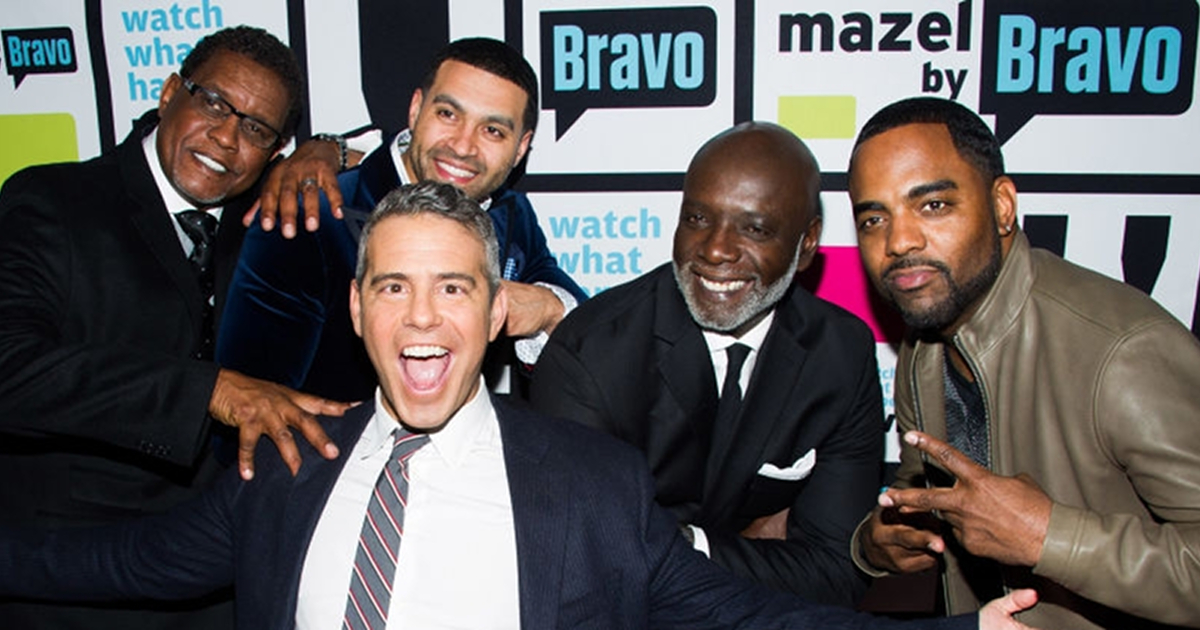 Peter Thomas may not have had any screen time with Kenya Moore’s soon-to-be ex-husband, but he certainly shares Marc Daly’s thoughts on how Bravo portrays men on the popular Housewives franchise.

Peter slammed Bravo in a recent Instagram post, writing: “It was NEVER in the best interest of Bravo to show men in a positive light.”

His post was accompanied by a teaser of Andy Cohen’s exclusive interview with Teresa and Joe Giudice of The Real Housewives of New Jersey.

The brutal interview basically shows the demise of the couple’s marriage after their stints in jail and Joe’s recent deportation to Italy.

“Look at these people reality,” he wrote, in reference to the Giudice’s situation.

“This housewife shit wasn’t easy, everyday was challenging because you never know how one minute while you’re taping can make the world look at you when they see it,” Peter continued.

It was reported that Marc Daly refused to appear on The Real Housewives of Atlanta because he didn’t like how black men were portrayed on the show. Though he and Kenya recently announced their divorce, he is expected to appear in the show’s upcoming season.

Peter joined RHOA in 2010 as Cynthia Bailey’s fiancé. Their wedding and divorce were both documented on the reality show. “I am glad that I landed on my feet after all that was given,” he added in his IG post.

The Bar One owner also gave a word of advice to current and former RHOA husbands, tagging Todd Tucker, Gregg Leakes, Apollo Nida, and Kordell Stewart in his post.

“Play the game, don’t let the game play you,” he wrote.

Bob Whitfield—Sheree’s ex-husband—concurred with Peter. “Say it loud,” he wrote in the comment section.