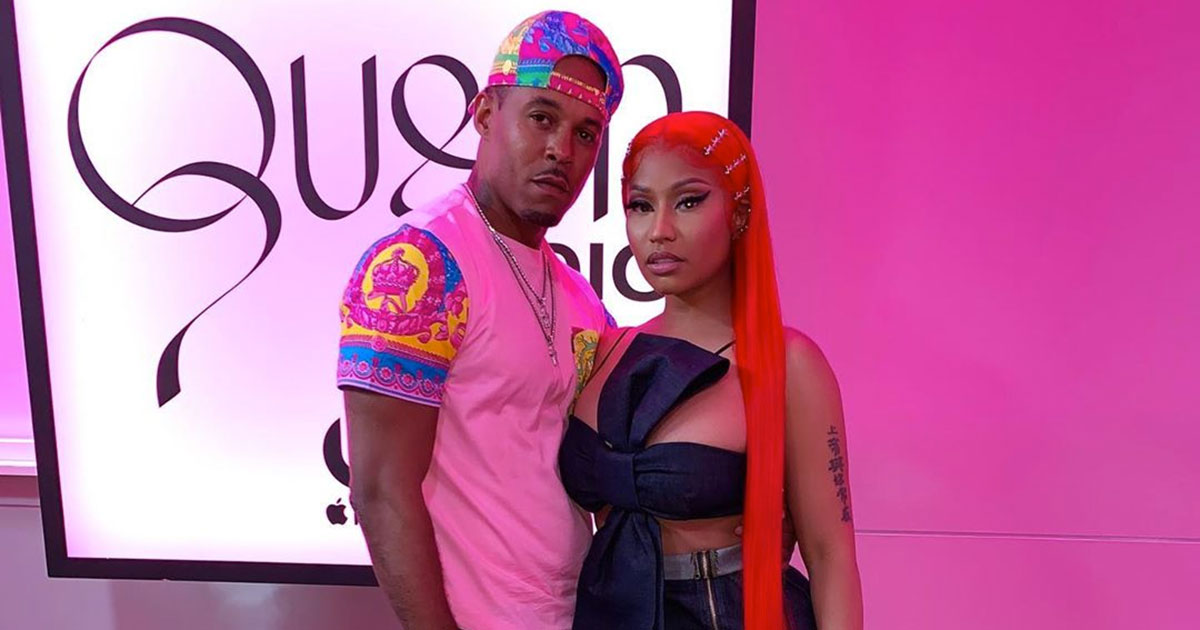 The 36-year-old rapper—who has long referred to her boyfriend, 41-year-old Kenneth “Zoo” Petty, as her husband—finally made things official Monday (Oct. 21) and took to Instagram to share the happy news.

“Onika Tanya Maraj-Petty 10•21•19,” she wrote along with a series of wedding-related emojis in a post featuring a video showing matching “Mr. and Mrs.” mugs and black and white baseball caps with “Bride” and “Groom” written across the front.

Nicki has been sparking marriage rumors all year, thanks, in part, to her constantly referring to Petty has her “husband.”

“Every night when I get out of the shower, my husband takes this really good lotion that we just bought, and he massages my feet, and rubs them, and he rubs each toe individually, and the heel, and the ball of my foot, and he does it all,” she said on her Queen Radio show back in March.

A few months later, Minaj revealed that she and Petty had applied for a marriage license, but were waiting to actually tie the knot.

“We did get our marriage license,” she said. “I think I have what I was striving for, just happiness. It was so hard to get to a happy place. Now that I’m there, I don’t want to compromise that for anyone or anything.”

She added that she planned to have a big wedding celebration once she releases her album.

“I have to work on my album and I have a lot to focus on that I don’t want to do the big wedding now,” she stated.

“We’ll do the big wedding later…I’ll be married before my album comes out, but will have my wedding after the album comes out … I’m very happy about that because my baby makes me so happy.”

Congrats to Mr. and Mrs. Petty!