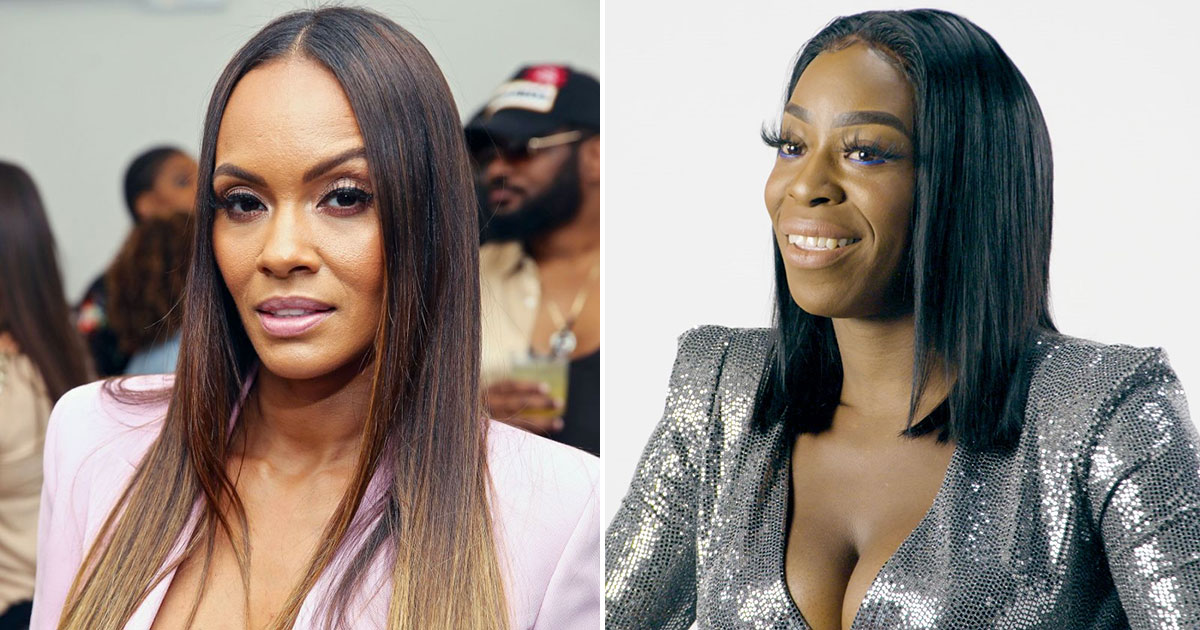 Not long after Evelyn Lozada filed a lawsuit against her “Basketball Wives” co-star Ogom “OG” Chijindu for defamation, she tried to up the ante a bit by requesting a temporary restraining order against OG, but the judge basically told her “nah fam, we good.”

According to TMZ, a judge denied the restraining order request, saying that the matter would be “more appropriately handled through the lawsuit Evelyn already filed.”

In other words, you doing way too much Evelyn. Also: You played yourself.

Evelyn and OG’s beef has been well-documented on the latest season of “Basketball Wives.”

In one episode, in particular, the ladies argued over screenshots of text messages and DMs between OG and Lozada’s ex-husband Chad “Ochocinco” Johnson that were supposedly sent back and forth the year before they got married.

The beef has also spilled over into social media, which eventually led to Evelyn’s defamation lawsuit accusing OG of tarnishing her reputation by calling her a “racist bigot” on Twitter.

Evelyn’s message read: “Nobody watches you harder than the people that can’t stand you” and the post was accompanied by a picture of a laughing monkey.

“And there it is.. show your true colors you racist bigot,” OG tweeted. “You called Cece ‘Ling ling,’ Jackie a ‘cockroach’ and now me a ‘monkey.’ May God take care of you well well..Evelyn Lozada @VH1 NOT OK.”

AND THERE iT iS..
SHOW YOUR TRUE COLORS YOU RACiST BiGOT..

Evelyn also points out that she’s the chairperson of her foundation that raises money for abused women, and she’s also raised thousands of dollars for the Sauti Yeti Center for African Women.

“These are the actions of a person that is not racist,” Evelyn claims.

Evelyn said due to OG calling her a racist on social media, which was eventually picked up by the blogs and celebrity gossip sites, she lost a number of brand deal endorsements, so she’s suing for defamation and “infliction of emotional distress.”

The amount of money Evelyn is requesting in her lawsuit hasn’t been revealed.